Following the sweeping victory recorded by this party, Governor Akeredolu has sworn in newly elected LG chairmen and their deputies. 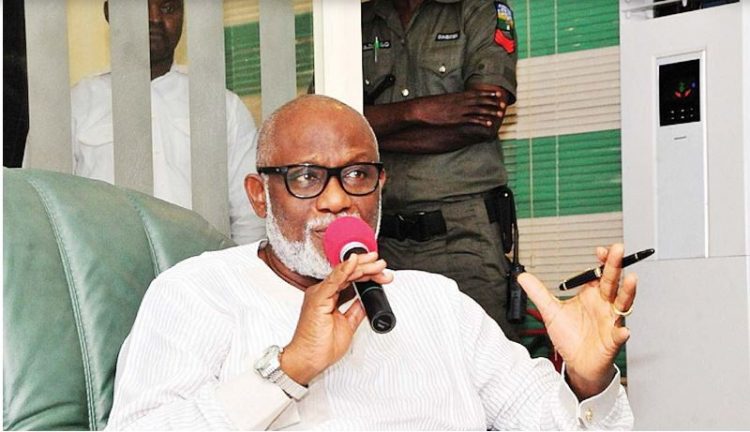 Rotimi Akeredolu
Ondo State Governor, Arakunrin Oluwarotimi Akeredolu, SAN, has sworn-in the newly elected Local Government Chairmen and their Deputies, describing their emergence at the last Saturday’s election as a victory for the people.
The Governor said since inception, his administration has tried its best by making the people the central focus of all its policies, adding that the impressive turn-out in all the Local Government Areas confirms the enduring partnership between the government and the people.
Dignitaries at the swearing-in ceremony include; the Speaker of the Ondo State House of Assembly, Rt. Hon. Bamidele Oleyelogun, state chairman of the APC, Engr. Ade Adetimehin, Chief Olusola Oke SAN, Engr. Ife Oyedele, Dr. Segun Abraham, deputy goveror-designate, Hon. Lucky Aiyedatiwa, commissioners, special advisers and royal fathers among others. 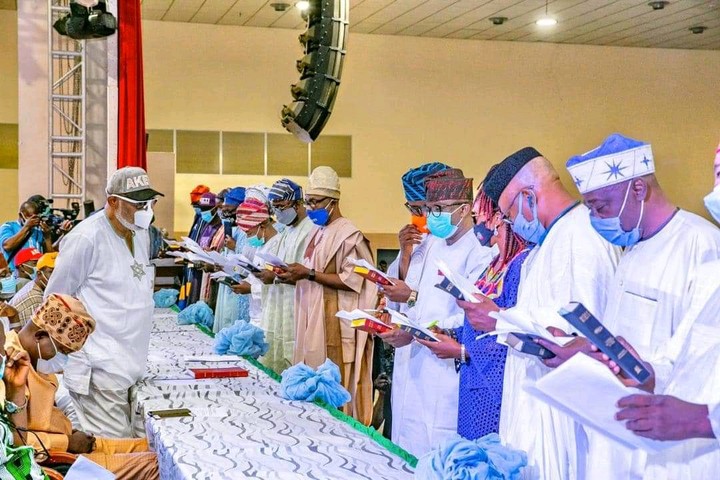 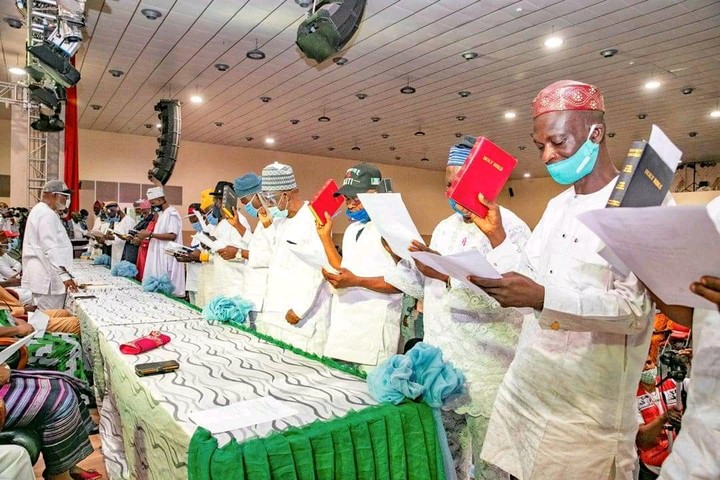 He said his administration will continue to discourage all attitudes which subordinate the interests of the generality of the people to parochial and selfish preferences.
The Governor said his administration shall be seeking a renewed mandate permissible by law in his bid to consolidate on the gains already recorded.
He charged the new local government chairmen to ensure that the impact of governance is felt at the grassroots level, saying that positive interventions must be discernible in the areas of health care delivery, education, agriculture, commerce, public works and others. 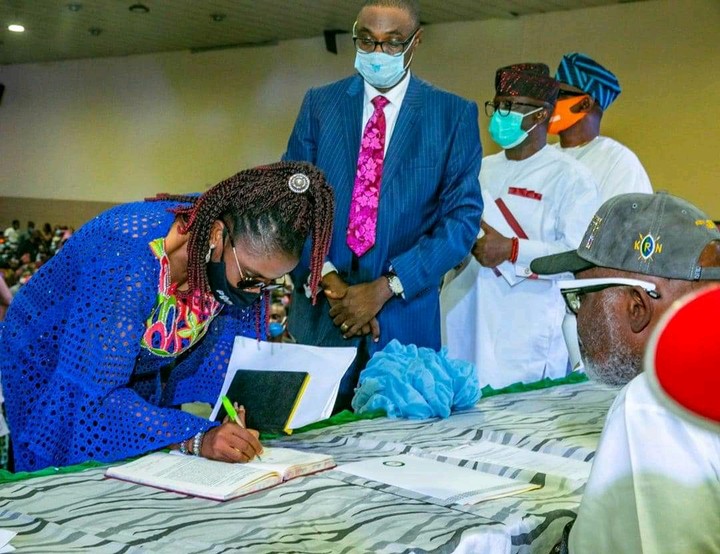