The incident, which reportedly occurred around 4pm, was said to have been caused by electrical fault. 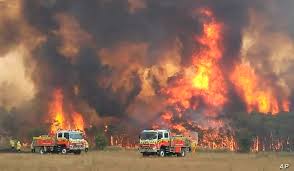 According to report by The PUNCH, a metallic Sports Utility Vehicle, on Thursday, went up in flames on the Niger Bridgehead, Onitsha, Anambra State.

The incident, which reportedly occurred around 4pm, was said to have been caused by electrical fault.

The number and condition of the occupants of the vehicle were unknown as of press time.

The SUV was said to be heading to Asaba from Onitsha axis when the incident happened.

He said, “An SUV travelling from Onitsha to Asaba caught fire on the Niger Bridgehead, Onitsha. The inferno is due to mechanical deficiency on the vehicle. The SRC OPS has made efforts to reach out to the state fire service.

“We can’t ascertain the number of people inside the vehicle now or the number plate due to the fire. The fire service has been called and the place has been cordoned of”