Shocker! Wrestler Attacks His Own Wife At Their Wedding Party...You Won't Believe What She Did Wrong


With 500 guests at Zaurbek Sidakov's wedding to Madina Pliyeva everything had been going fine before the phones of guests began to buzz. 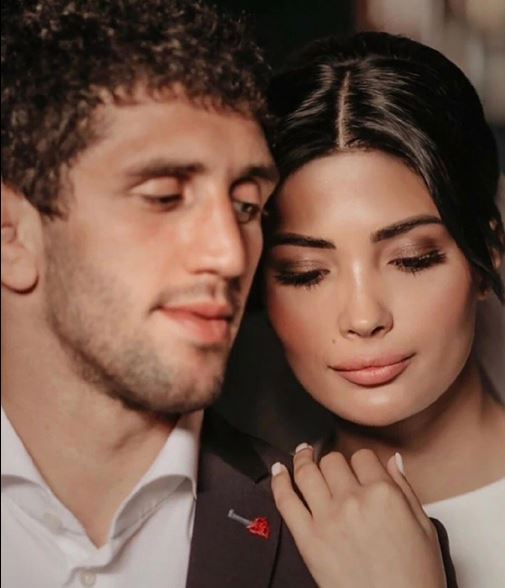 A world champion wrestler halted his wedding party after guests suddenly received phone messages claiming his bride was a 'billionaire’s mistress' and 'escort'.

With 500 guests at Zaurbek Sidakov's wedding to Madina Pliyeva everything had been going fine before the phones of guests began to buzz.

Scurrilous messages and racy videos featuring the bride were suddenly received by guests.

They accused her of being an escort and showed pictures of her in revealing clothes.

They were sent by the disgruntled wife of her alleged tycoon lover who found the compromising material on his phone, according to one source.

Zaurbek Sidakov, 24 - a wrestler due to represent Russia at the 2020 Olympics before they were postponed because of Covid-19 - was left so incensed that he dragged his wife by the hair to demand answers and cancelled the party.

The bride has not commented on the claims but the escort allegation is strongly disputed by her friends.

The messages flashed up as the couple were on day two of a traditional Ossetian wedding in the North Caucasus region with the groom’s male friends throwing him in the air in a traditional dance. 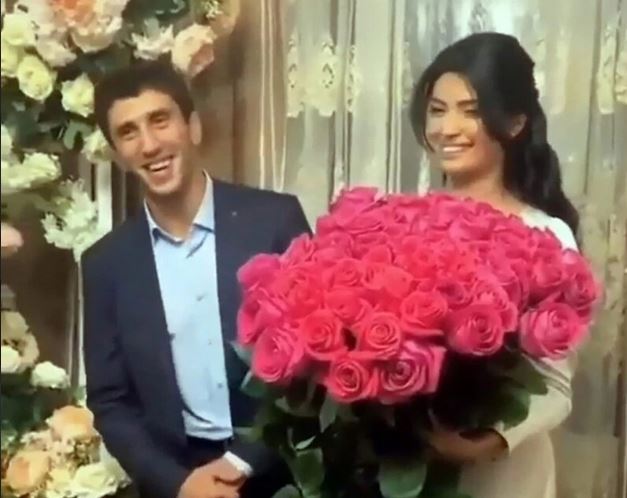 All the female guests were celebrating the nuptials in a nearby room.

After seeing the videos and allegations about his new wife, freestyle wrestler Sidakov immediately sought out his bride and pulled her by the hair away from other women guests, said witnesses.

He left her weeping on the floor as the wedding party was cancelled.

She was later taken to hospital by her friends and family, and is now reportedly hiding in Moscow.

Her father suffered a heart attack in the wake of the wedding scandal, according to reports.

Friends of the groom had to take him from the party and into the mountains to "come to his senses and not to do anything rash".

The claims about his bride were said to have been a "complete surprise" to him, and came after guests had given wedding gifts worth more than £80,000.

An elderly male guest said: "Perhaps in a less heated situation the reaction would not have been so extreme."

He claimed the groom reacted "to save his dignity" in humiliating his wife in front of their guests and abruptly cancelling the wedding celebration.

The bride’s friends strongly dispute that she had worked as an escort and claimed that her new husband - they legally married before all the drama - had not known about her past life since they only met in late April. 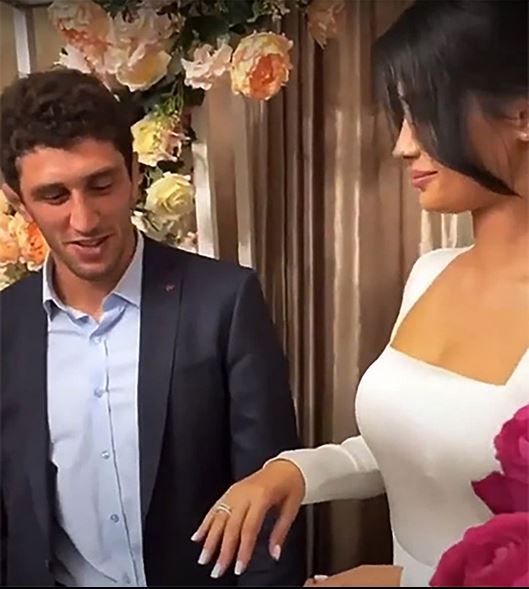 A source said: "She is from a wealthy family."

"It turns out that she had been in love with a married man and some of her friends knew that.

"However, it was three years ago.

"And the videos posted to guests are from three years ago too."

Reports say that the bride had been the mistress of a Russian billionaire in his 60s who is on the Forbes Russian list.

The tycoon has not commented on the claims but is said to have now provided the woman with a luxury flat while she recovers from her nightmare wedding.

An anonymous source said: "Madina's older lover, whose wife had taken her revenge, rented her an apartment in Moscow and convinced her to lay low until interest in this story dies away."

As a boy, he was evacuated from the school in Beslan - his birthplace - in which 334 people were murdered.