Following their suspension by the Governor of Anambra state, 12 traditional rulers involved have asked for forgiveness. 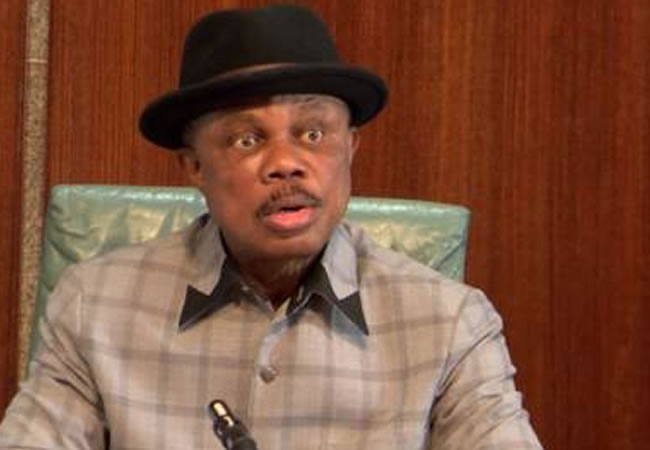 Governor Willie Obiano
According to a report by TheNation, the 12 traditional rulers suspended by Governor Willie Obiano, have begged for forgiveness.
While saying “we cannot stop loving you”, the traditional rulers added that they are sorry for disobeying him.
The monarchs said they have learnt their lessons, asking Obiano to forgive and forget the incident that led to their suspension.
They apologised at the office of Anambra Speaker, Hon Uche Okafor at the weekend in Awka, when they paid him a visit.
Anambra State government through the office of the Commissioner for Chieftaincy matters, Greg Obi, suspended the monarchs for visiting President Muhammadu Buhari in Abuja without permission.
But the monarchs, who were led to Abuja by an oil magnate, appealed to the Speaker to beg Obiano on their behalf and forgive them.
Speaking on their behalf, the traditional ruler of Ifetedunu, Dr Emeka Ilouno, said they had no intention and still have none to fight the Governor.
Describing Obiano as God sent to Ndi Anambra, the traditional ruler, said the Governor’s administration had brought about total turn around to the state.
Ilouno noted Obiano had been and was still their close ally, alleging that some people blew what transpired between them and the Governor out of proportion to score cheap goals
Furthermore, he said Anambra had been on the pedestal of development because of efforts of Obiano with the help of traditional rulers.
He said they were no longer comfortable with the lacuna created between them and the government because of the incident.
The first monarch suspended by Obiano was Igwe Peter Uyanwa of Ukwulu, Dunukofia local government area of the State, which the government said were based on series of petitions from his people.
But Uyanwa, speaking during the visit to the Speaker, called on Obiano to remember he was a papal Knight of St Gregory the Great, adding that he should use the flow of anointing bestowed on him by Pope Francis to forgive.
He maintained as a father, he should not throw away the baby with the bath water, adding Anambra needed the government and traditional institutions to move forward.
He said the Governor had done much for the state, adding what happened was a gap in communication which infuriated Governor.
Uyanwa pleaded with him to sheath his sword and extend his hands of love to them once more so they could continue from where they stopped towards sustaining Anambra as the best in almost all sectors of economy.
Speaker Okafor said their visit had shown they love the peace of the state, describing the move as a step in the right direction.
He assured he would bring the matter before Obiano, describing him as soft and kind hearted man.
Top Stories