Shocker! Man Caught Trying To Kill Woman For 'Ritual Purpose' After Luring Her To Motel In Anambra (Photos) 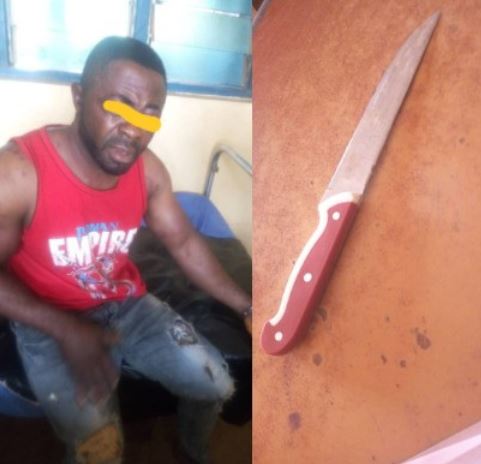 Ogbonna Nwankwo, a 41-year-old man who is pictured above has been arrested by men of the Anambra state police command for allegedly attempting to kill a woman, Bella Joseph, and cutting off her breast on Wednesday, September 2.

He said while they lodged in their hotel room, the suspect allegedly used a knife to stab Bella and was attempting to cut off her breast when her cry for help was heard by the motel manager who came to her rescue.

Haruna said police operatives attached to Umunze division were invited and they rushed the victim to a specialist hospital in Nnewi where she is being treated. He added that the suspect who was seriously manhandled by a mob and beaten to stupor was equally arrested by the police and taken to the hospital for treatment under police guard.

He said a blood-stained knife was recovered at the scene as an exhibit.

Haruna said the case has been transferred to the State Criminal investigation department for discreet investigation in order to unravel the actual circumstances surrounding the incident.

See the graphic photo of the woman below: 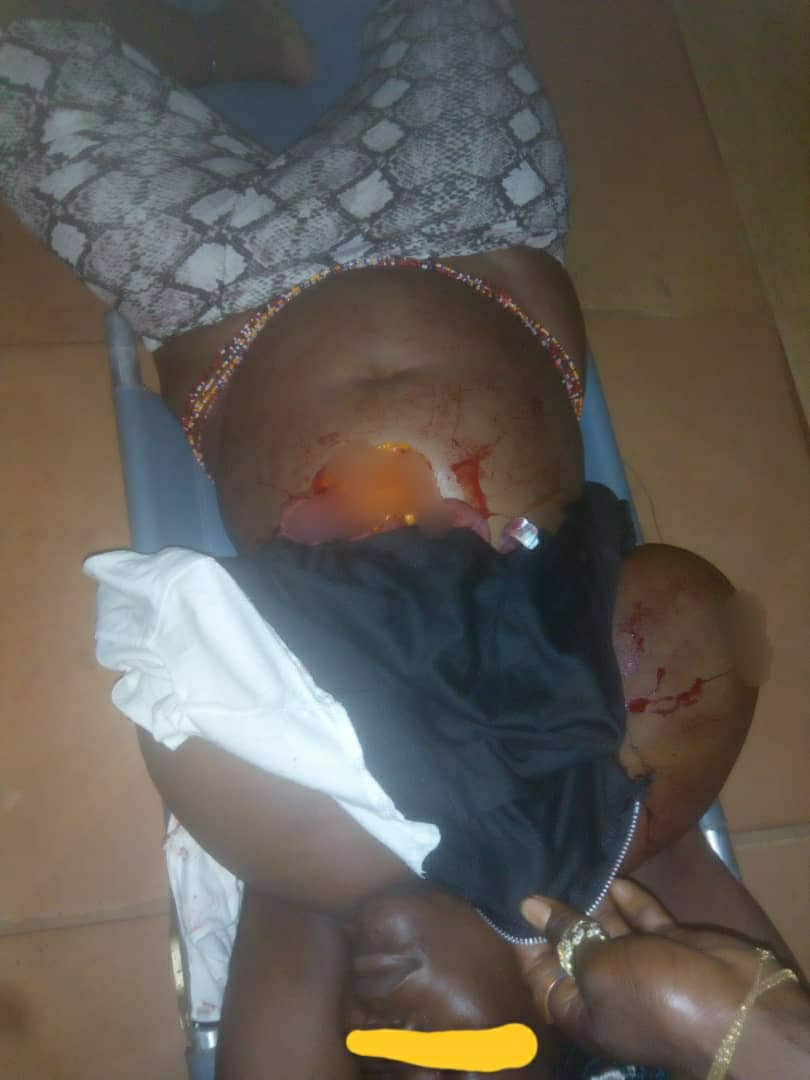