Teachers in Imo state have sounded serious warning to Governor Hope Uzodinma over payment of their salary arrears. 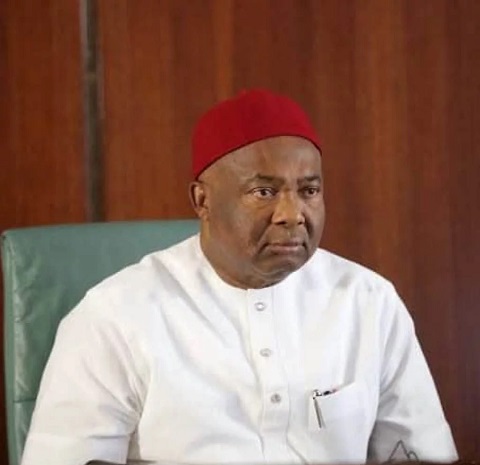 Governor Hope Uzodinma
The Governor of Imo State, Hope Uzodinma has been warned that schools in the state will remain shut if he fails to clear accumulated salary arrears being owed teachers in the state.
The chairman, Nigeria Union of Teachers (NUT) in the State, Philip Nwansi, who spoke with journalists in Owerri, on Thursday, said that the government had done nothing in settling their arrears of salaries despite meeting with the State governor, Hope Uzodinma on several occasions on the issue.
He said the Governor had in a meeting with NUT some months ago promised to clear arrears of salaries owed to teachers.
Nwansi complained that up till the first week of September, salaries of about 2000 teachers in the State had not been paid for about seven months.
He said “In Ngor Okpala LGA, no primary school teacher has received salary since March this year. In Owerri West and other LGAs also, many teachers are yet to receive their salaries.
“There is no way you can tell me that what is holding their salaries is BVN and the banks. We cannot believe that. You cannot tell me that the papers of all the teachers in Ngor Okpala are wrong.
“What we’re saying is that if every teacher does not get salaries up to date and if the union does not get its check-off dues, there is no possibility of schools reopening in Imo State.
“The union has not been running since March and the government is deducting the check-off dues and not remitting the same to the union. And if we don’t react, our members will never have full confidence in us anymore. They’ll think we’ve compromised.”
He further attributed the fear of teachers to reopen schools to the coronavirus pandemic which he said has not been properly contained in the State.
Top Stories