A notorious cultist in Ekiti state has been sentenced to death by hanging by a court. 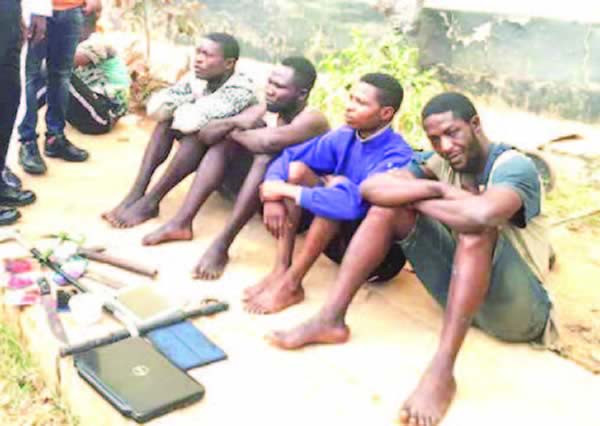 Aluko was sentenced to death for engaging in cultism
An Ekiti State High court sitting in Ado-Ekiti on Tuesday, September 29 sentenced a 29-year-old man identified as Gbenga Aluko to death by hanging for involving in cultism and killings of three residents in the state.
Justice Abiodun Adesodun while giving his verdict said the prosecutor was able to prove the case beyond reasonable doubt against the accused.
“The penalty for the offence committed and established against the accused is death, he is hereby sentenced to death by hanging. May the Lord have mercy on your soul.”
According to the charge against the accused, he was found to be a member of a prohibited secret society of Eiye Fraternity, contrary to section 4 of the Secret Cult (Abolition and Prohibition) First Amendment Law No.6, Laws of Ekiti State of Nigeria, 2017.
Confessing to the crimes and allegations levelled against him, Gbenga said he and his cult members in Ado-Ekiti, the state capital masterminded the killings of some people who were believed to be cult members.
To proof his case, the prosecutor, Julius Ajibare called two witnesses but tendered no exhibit while the accused called no witness but spoke through his counsel Femi Adetoye.
Gbenga and three others members of Eiye Fraternity, Ayodele Ayodeji, 31, Olamide Olurunsola, 43 and Adewale Adekunle 23 (PICTURED) all from Ifaki Ekiti, were arrested in February 2019, by Special Anti-Robbery Squad, for alleged involvement in the killings of members of Black Axe ‘AIYE’ Confraternity, a rival secret cult group, in Ekiti and Ondo states.
Items recovered from them include one cutlass, charms, one Dell laptop, a foreign woman’s photograph, two Ipad phones and one Infinix phone. 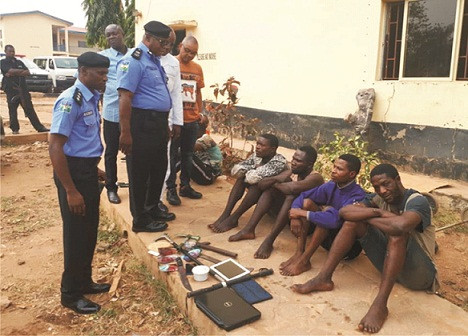