The Kwara state governor has been seen marching with the #EndSARS protesters to the state's police headquarters. 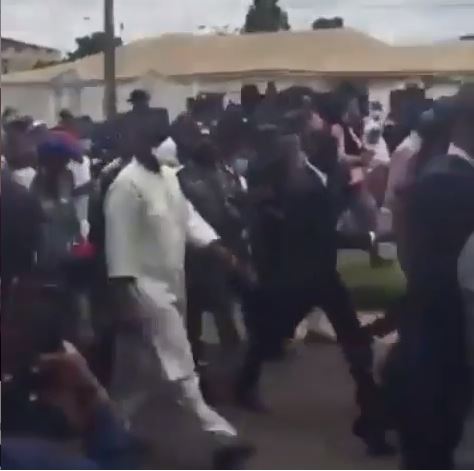 In what will come across as a really heartwarming development, the Kwara State governor has been seen siding with the #EndSARS protesters.

The Kwara State Governor marched with the young Nigerians who have been protesting against police brutality alongside their counterparts in other states.