The Police Command in Lagos State confirmed that the stations were burnt in the course of the #EndSars protests. 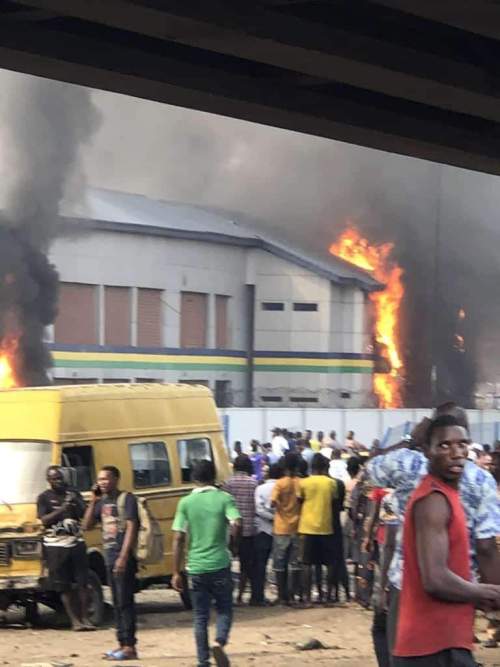 No less than four police stations and the secretariat of Ajeromi/Ifelodun Local Government have been torched.

The Police Command in Lagos State confirmed that the stations were burnt in the course of the #EndSars protests.

The Command’s Police Public Relations Officer, SP Olumuyiwa Adejobi, in a statement on Tuesday said that the police formations burnt in the state were located in Orile, Layeni, Amukoko, and Cele outpost (under Ijesha division).

He added that the disbanded SARS office at Ajegunle and the  Ajeromi Ifelodun Local Government secretariat were also burnt by suspected hoodlums.

He said that the Mushin Police Division, and the Ilembe Hausa Division were attacked and warned that the police would repel further attacks.

He also said that the number of policemen killed at various locations within the state would be released soon.

“We will ensure that there is no total break down of law and order in the state as adequate security operatives have been deployed to enforce the curfew,” Adejobi said.