A Nigerian actress has given words of advice to people who sleep with the same sex. 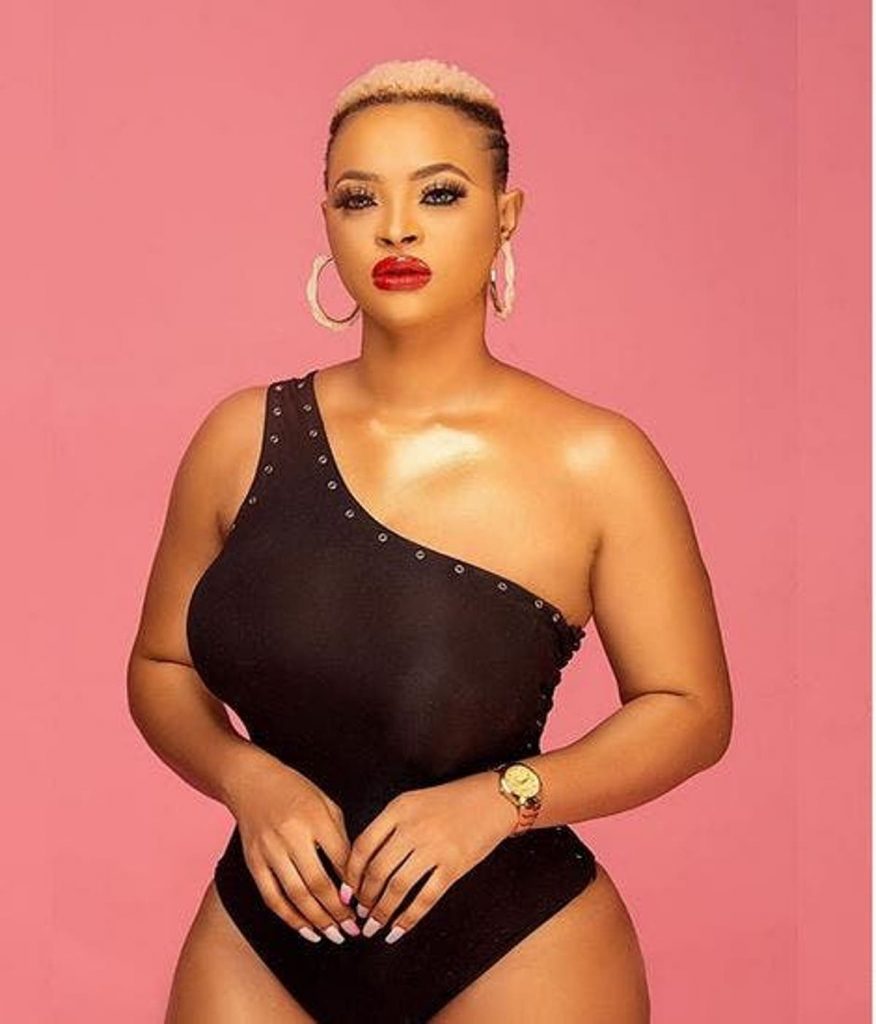 Eguavoen
A Nigerian actress has given her thoughts on same-sex relationship.
Angela Eguavoen said it is okay to be gay, but she advised gays to marry their gay partners instead of marrying a partner who is clueless about their sexual life.
Angela Eguavoen says the LGBTQ people should not subject people who are not part of them into emotional stress.
She explains that when gay partners tie the knot, they become aware of their status and it does not affect one partner.
She stresses that it is a peak of wickedness for a gay partner to marry someone who is not a gay and also clueless about the status of the partner they have been engaged to. Adding that she has no qualms with one being gay but the fact that they remain silent and get married to straight women making the women suffer is the peak of wickedness.
The curvaceous actress gays married to non-gays are toiling with the emotions of their partners since they are always attracted to their opposite-sex leaving their partners to suffer emotionally. She wants gays who wants to marry someone who is not a gay to open up to their partners before marrying them. 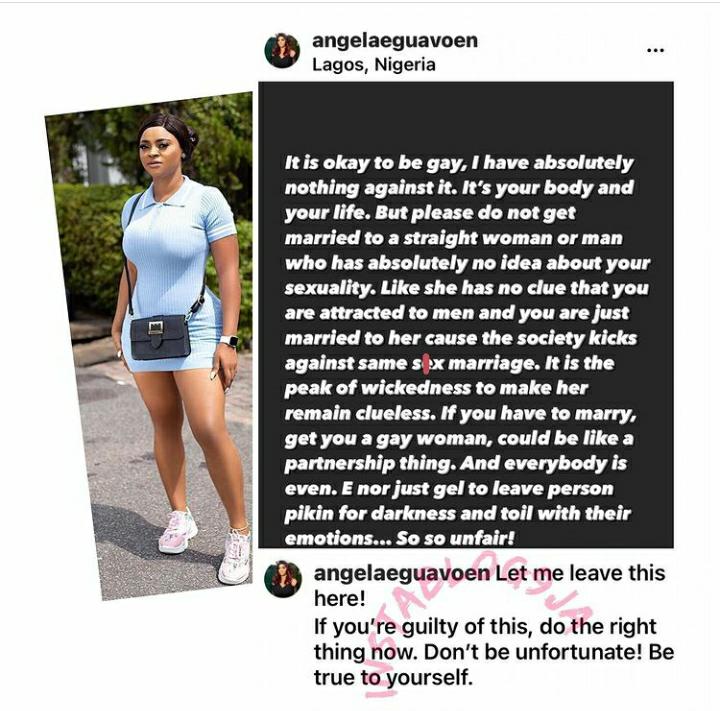