A Nigerian-born lawyer is set to be appointed as the US Deputy Treasury Secretary by US President-elect, Joe Biden. 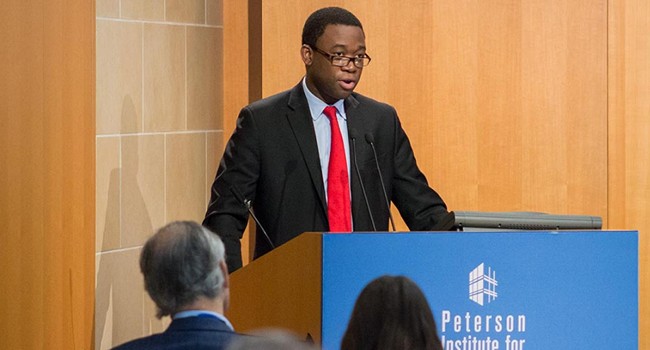 Wally Adeyemo
Nigerian-born attorney, Adewale ‘Wally’ Adeyemo is to receive a high profile appointment from US President-elect, Joe Biden.
According to CNN, Adeyemo is to be appointed as deputy Treasury secretary.
Adeyemo, who is a former senior international economic adviser during the Obama administration, will serve under former Federal Reserve Chair Janet Yellen, who Biden plans to appoint to lead the US Treasury Department.
Adeyemo’s appointment is one of many key cabinet positions Biden is expected to announce in the coming days.
Born in Nigeria, Adeyemo was raised in California where he obtained a bachelor’s degree before proceeding to Yale Law School for his legal education.
Before his appointment into the Obama administration, Adeyemo worked as an editor at the Hamilton Project, then served as senior advisor and deputy chief of staff to Jack Lew in the United States Department of Treasury.
He later worked as the chief negotiator for the Trans-Pacific Partnership and also served as the first chief of staff of the Consumer Financial Protection Bureau under Elizabeth Warren.
In 2015, he was appointed to concurrently serve as Deputy National Security Advisor for International Economics and deputy director of the National Economic Council.
He went on to become the first president of the Obama Foundation.
According to Politico, Biden is also expected to name Cecilia Rouse, an African American economist at Princeton University, to lead the Council of Economic Advisers.
Top Stories