A young lady has been abducted by kidnappers while on her way to church yesterday in Port Harcourt. 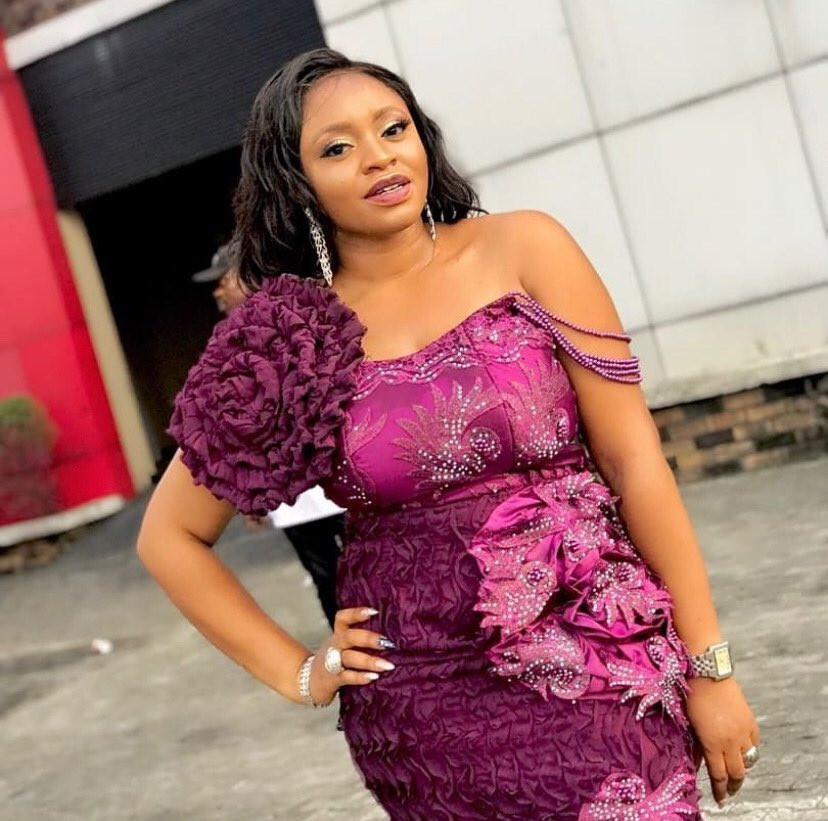 The victim
A young Nigerian lady has been snatched by kidnappers while she was on her way to the church on Sunday, November 29, 2020.
The sad incident happened in Rivers state.
Her brother, who confirmed the incident on Twitter said the incident happened beside the Anglican Church along the Rukpakulusi New Layout in Port Harcourt.
According to him, his sister was whisked away by four armed men in a Lexus with plate number: CLA43JM. 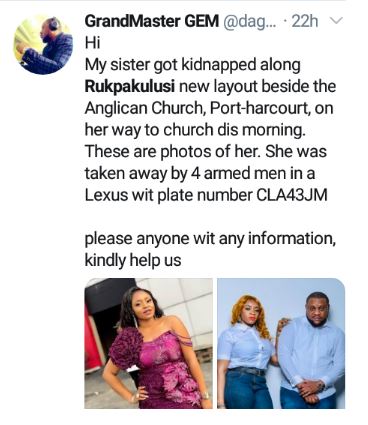