Although Marsai is now 16 years, she technically broke the record in 2019 but she wasn’t presented with this award and officially declared a record-breaker by Guinness until now. 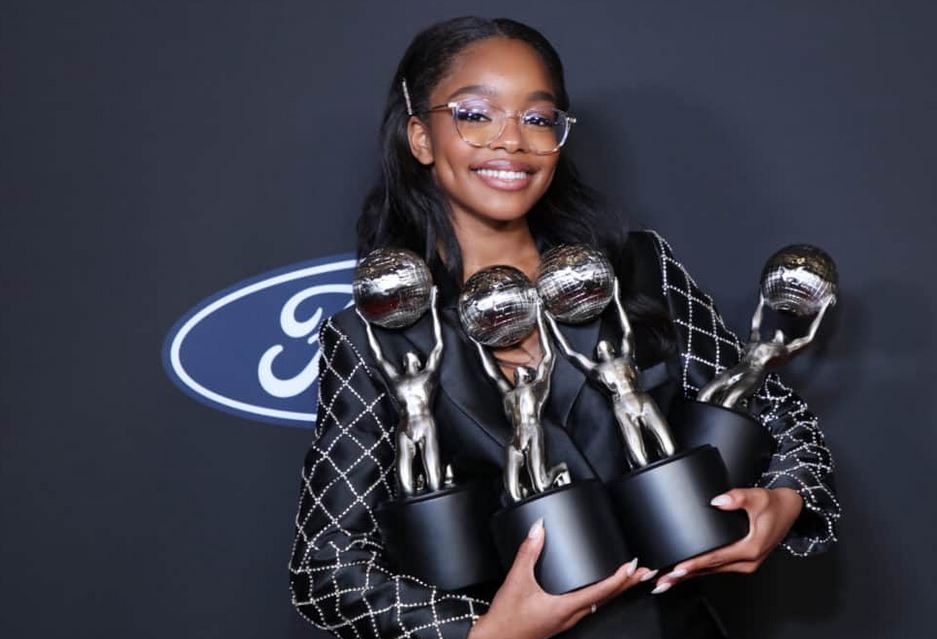 She was only 14 years old when she executive produced the 2019 film "Little," in which she also starred alongside Regina Hall and Issa Rae.

"It feels crazy, honestly," Martin said in a video of her certificate presentation. "A world record? That’s insane."

Although Marsai is now 16 years old, she technically broke the record in 2019 but she wasn’t presented with this award and officially declared a record-breaker by Guinness until now.

"To be able to create a film, to star in it and be with your favourite stars, and actually seeing that entire experience was so amazing," Martin said during the certificate presentation.

Marsai, who came to fame starring as Dianne on "Black-ish", reportedly pitched the idea for the film herself to "Black-ish" producer Kenya Barris when she was 10.

The record makes sure to note that she was only 14 and 241 days old when "Little" was released.

"She is not only tremendously talented in front of the camera, but offers a unique perspective as a creator and producer that will resonate with all audiences," Peter Cramer, president of Universal Pictures, said in a statement to CNN.

Martin will appear in the 2021 edition of the physical Guinness World Records book and in the meantime, her production company, Genius Productions, is currently working on another film, "StepMonster."