Some notorious terrorists have been killed during a faceoff with soldiers in Borno state. 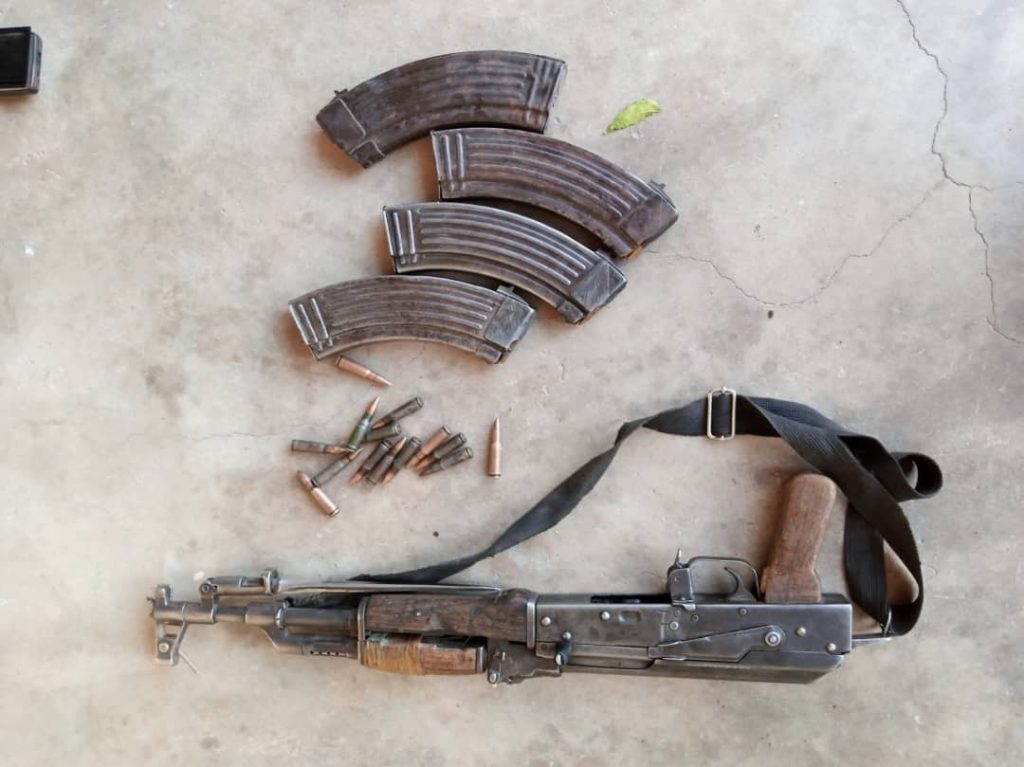 Weapons recovered from the terrorists
Dangerous weapons have been recovered from Boko Haram and ISWAP terrorists after five of the terrorists were eliminated by Nigerian soldiers in Borno.
The attack on the terrorists was carried out by troops of Operation Fireball in Borno State.
Acting Director, Defence Media Operations, Brigadier Benard Onyeuko disclosed this in a statement issued to newsmen on Monday.
The statement noted that, troops of 222 Battalion in conjunction with some elements of Borno State Civilian JTF yesterday following an actionable intelligence on activities Boko Haram terrorists, conducted an aggressive fighting patrol to the general area of Margumari village.
Consequently, it said, the troops made contact and immediately engaged marauding terrorists lurking in the area.
“During the brief but decisive encounter, 4 Boko Haram criminals were neutralized, while one FN Rifle, one AK 47 Rifle, 2 FN Rifle magazines and 4 AK 47 Rifle magazines were captured from the fleeing criminals.
“Additionally, 29 Rounds of 7.62mm NATO ammunition, 39 Rounds of 7.62mm Special ammunition, 2 Motorcycles, Motorcycle repair tools and one Tecno phone were also captured”, the statement disclosed.
It also revealed that, troops of 144 Battalion on last Saturday conducted a robust clearance patrol to Yafa, Kirchinga and Shuwarin general areas.
“Troops made contact and engaged the criminals at Yafa. In the ensuing gun battle, one Boko Haram criminal was neutralized while several others were believed to have escaped with gunshot wounds”, the statement indicated.
The Acting Director, however, commended the troops Operation Fireball under Operation Lafiya Dole for their continued dedication and determination in flushing the remnants of the terrorists in their hideouts.
“The entire populace of the North East region are hereby assured of the Nigerian military high command determination to finally rout the remnants of Boko Haram/Islamic State’s West Africa Province criminals from their enclaves in this zone.
“They are also encouraged to avail the troops with credible information that will help in the execution of the operation”, he urged. 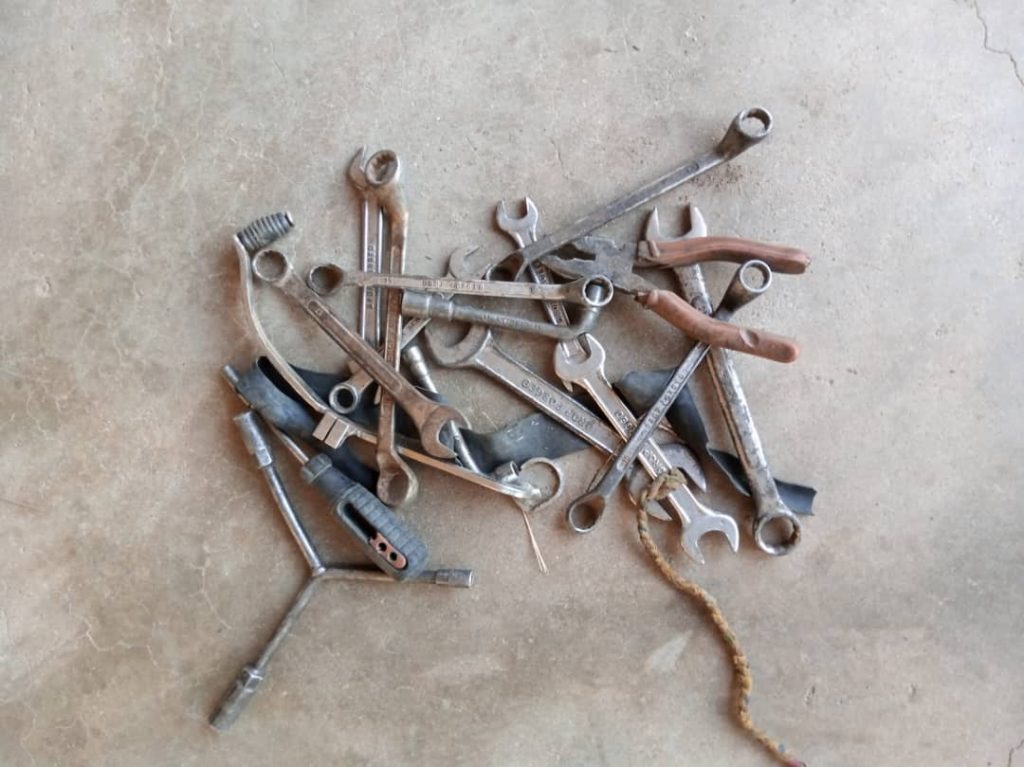