A notorious thief has been rescued by the police in Anambra after he was beaten mercilessly by a mob. 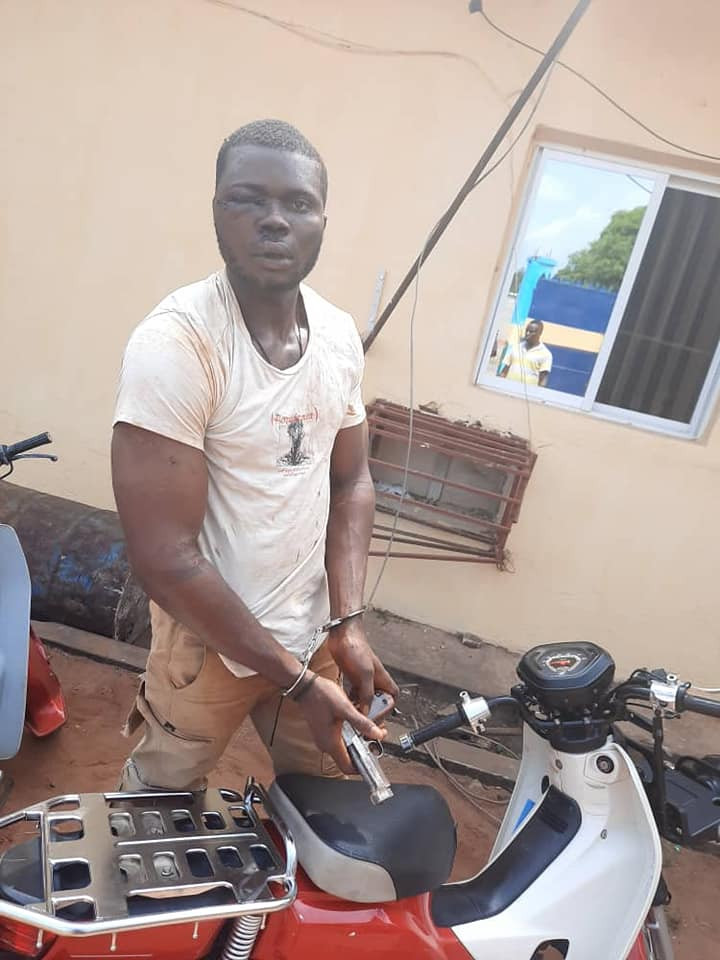 The thief beaten to stupor in Anambra
A notorious thief has escaped death by the whiskers after being rescued by the police in Anambra.
However, he was beaten to stupor by an angry mob before he could be released.
Read the statement from the police below:
On the 7/12/2020 at about 9:am,there was a distress call that suspected armed robber allegedly snatched a Honda CUB50 at Okpuno Otolo in Nnewi North LGA of Anambra State.
Following the distress call, Police operatives attached to Nnewi Area Command and Otolo Division in conjunction with Egbumuenem vigilante group Otolo quickly mobilised to the scene and arrested one Chiemezie Kenneth Aligu 'm' aged 24years of Ebonyi State but resident at Abubor Nnewichi in Nnewi North LGA.
Meanwhile, one English made barreta pistol with breech number 941396, one motorcycle and two assorted phones were recovered from the suspect and registered as exhibits.
However, suspect was beaten to stupor by angry mob before he was rescued by the police and taken to the hospital for treatment.Case under investigation after which suspect would be brought to book.
Top Stories