A Nigerian student has lamented the effect of ASUU strike on his life after he resorted to selling newspapers to survive. 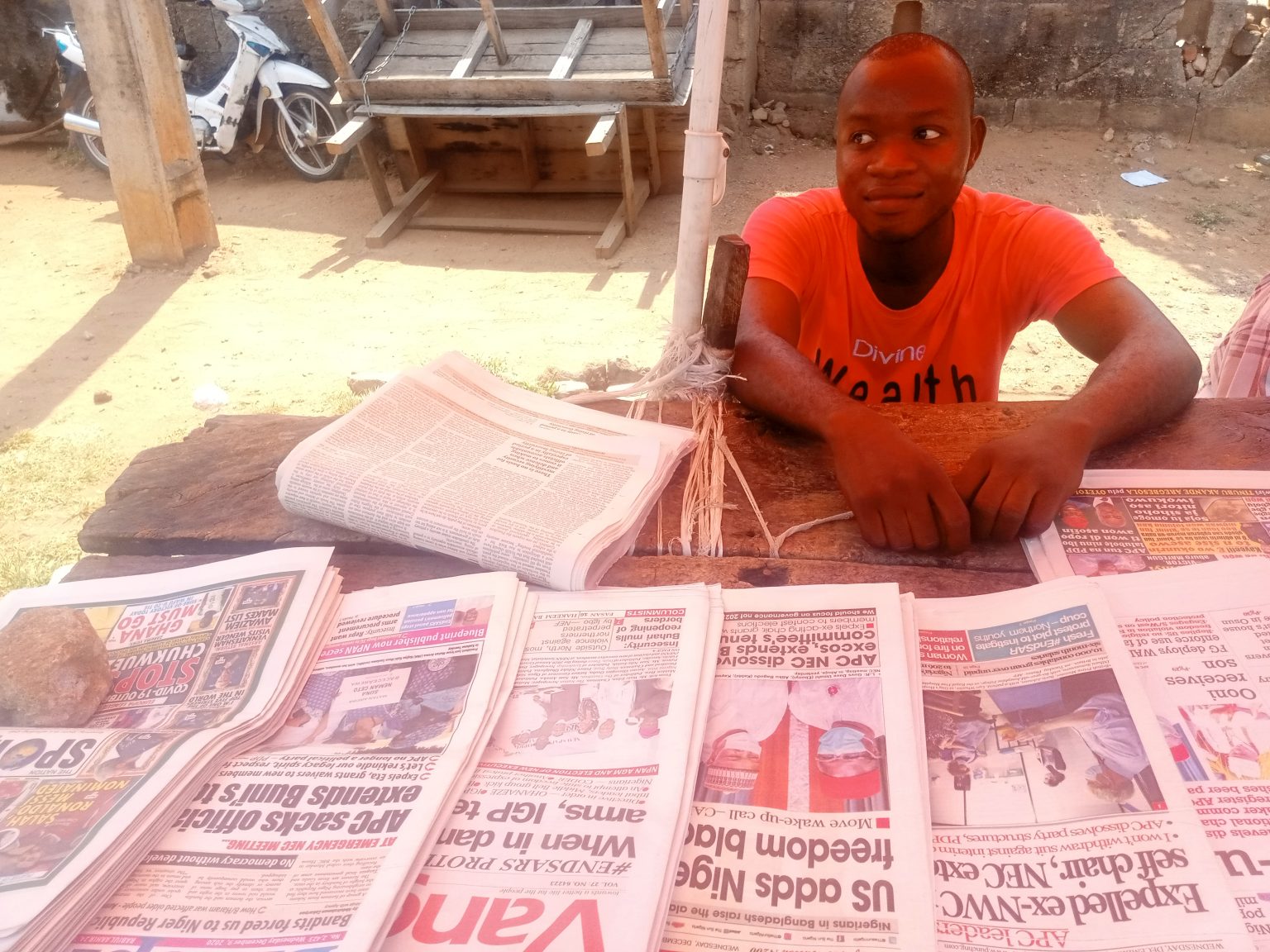 Kehinde
A young Nigerian man has lamented how the prolonged strike by the  Academic Staff Union of Universities (ASUU) has affected his life negatively.
Thomas Kehinde, a 400 level Computer Science Student of the Federal University Lokoja, lamented that ASUU is playing games with the lives and future of Nigerian youths.
Kehinde, in an exclusive interview with DAILY POST on Wednesday, said the ASUU strike has turned him into an emergency newspaper vendor just to survive with the harsh economy of the country.
Kehinde who is from Adavi Local Government Area of Kogi State told DAILY POST that his parent feed from hand to mouth just to see him through school so he can actualise his dream of becoming a great computer scientist.
According to him, his hopes of graduating from the University in his four years course in 2020 has been dashed by the tussle between the Federal Government and the Academic union.
He pointed out that he decided to venture into the newspaper vending business so as not to seat at home or engage in any social vice.
He described the over nine month old ASUU strike as unfair, appealing to the aggrieved bodies to sheath their swords and allow students return to the classroom.
” The last nine months have been a living hell for me. I thought I would be saying goodbye to the university by the end of 2020, but that hope has been shattered. Can u imagine, ASUU and the government are treating Nigerian students as if we are not part of this country.
“You would recall that most of the people that participated in the End SARS protests are students. This is because they were idle, and are tired of staying at home. There are some students I strongly believe have been engaging in social vices such as armed robbery, kidnapping, cultism, money laundering and many more. This is because they are idle.
“There is a well known saying, that an idle mind is a devils workshop. Am not trying to give them any discount for perpetuating such evil act, but it is important to state here that we are tired of staying at home.
“As for me, I won’t blame our leaders for treating us like trash. How many of the big men and the top government officials have children in a public Nigeria University. Please mention it for me, because I don’t know anyone. It is either they move all their kids to expensive private universities or move them to study abroad. While we that our parents are extremely poor and can not afford two meals a day would be left to suffer for no reason.
“Our leaders should always put this at the back of their minds that there is a day of reckoning. A day that every one of us will give an account of our stewardship to our creator. I would like to borrow the words of late Dele Giwa, who said and I quote. Any evil done by man will never go unpunished, if not now, certainly later, if not later, certainly by God.
“As for me, I will continue with my newspaper business, with the hope that the Federal Government and ASUU will come to a truce. I don’t want to drag the name of my family into the mud, so I decided to do this business. Although some of my friends have been mocking me, including some of my course mates that I am selling newspaper, I still don’t care. It is better to do a legitimate business of selling newspaper than engaging in armed robbery, kidnapping, cultism just to satisfy my immediate needs” he stated
Top Stories