Trigger-happy Police Man Who Killed Keke Rider, Two Others In Rivers Over N100 Bribe Was On Illegal Duty - Commissioner


The Commissioner also said that the officer would be dismissed and charged with murder. 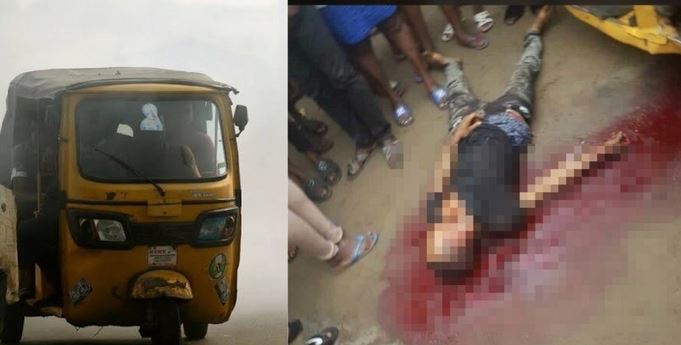 Joseph Mukan, The Rivers State Commissioner of Police, has disclosed that the officer who killed a "Keke Napep" rider and two others over an N100 bribe in Rukpokwu, near Port Harcourt on Thursday was on illegal duty.

He also said the officer would be dismissed and charged with murder.

Mukan, who stated this on a live television interview in Port Harcourt monitored by The Punch, also said the officer has no reason to use his weapon on an innocent citizen.

The police commissioner said, “You know it (the incident) happened where Keke (tricycle) people are operating. An inspector of police named Christopher Oba was on illegal duty around the Rukpokwu junction. He is not supposed to be there at that time alone.

“So, it is presumed he is on illegal duty. Along the line, he accosted a tricycle rider, there was an altercation between them. At that moment, he is not justified to use his firearms.

“But he used his firearms and shot the tricycle rider.”

He said the operative, who is currently undergoing an orderly room trial, was apprehended by policemen at the scene of the incident.

“As we are talking now, he is undergoing trial. By tomorrow (Friday), by God’s grace, he will be charged for murder because he doesn’t have any justification to use his firearms at that time".

Recall that there was unrest in Rukpokwu and Rumuodumaya on Thursday after the killing of the tricycle driver popularly known as ‘Schoolboy’ by the police officer.