My Hips, Thighs And Belly Are Really Sexy - Actress, Calista Okoronkwo, Gushes Over Self


In this exclusive interview, the Imo State-born thespian not only reveals what makes her sexy, she equally opens up on marriage. 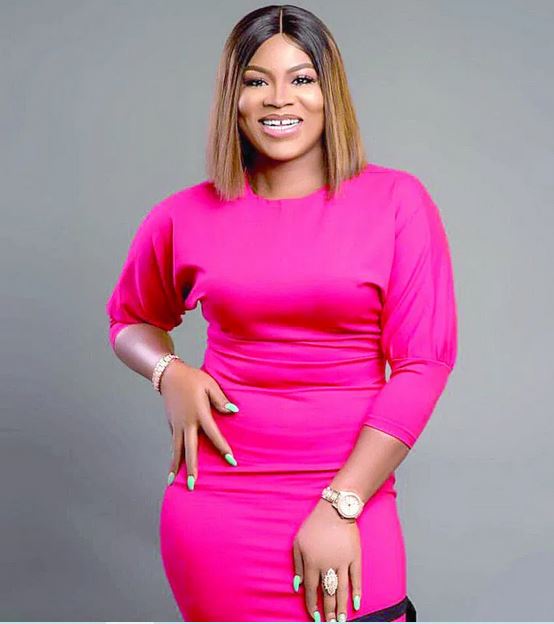 Even though Calista Okoronkwo, a Nollywood actress, is pretty, hot and sexy, she is still single, even with many suitors running after her.

In this exclusive interview, the Imo State-born thespian not only reveals what makes her sexy, she equally opens up on marriage and when it would happen for her. Enjoy it.

What was the limitation you had during the COVID-19 lockdown?

During the COVID-19 lockdown, movie production was shut down and that was the result of the measures the federal government put in place. Things have been really hard for us because for me, filming is my life, and at that time, I wasn’t doing anything, I was just in the comfort of my home. It was quite frustrating, but then it was for the good of the country.

How many movies have you done after the lockdown?

I’ve done 20 movies after the lockdown. The most challenging was Blood Affairs where I featured alongside Junior Pope, Emeka Enyocha, and Rita Edochie. Steven Uka directed it. The movie took me from my calm, sweet, loving and spirited kind of person to the character of a demon, a demon of a wife. It was amazing because I’ve been getting feedbacks from the editor and producer of the film.

Since you came into the industry, you’ve featured in many movies. So, what kept you going?

It’s the fact that I’ve been consistent. Consistency is what keeps you here. Another factor is the fact that you are not trying to be somebody else. I try to be myself. I’ve tried my best to carve a niche for myself, to create my own space in the industry, with the help of my manager, Uchenna, who has been instrumental in making sure that I’m consistent in the game.

Did you have any formal training before you started acting?

I did not have any formal training; but before then, in my secondary school days, I was the leader of the Drama and Entertainment Society. I would always write out plays and dramas for the students to present when parents come visiting at the end of the session. It has always been my first love.

Which of your movies would you say was the most challenging?

I played the role of a blind woman in a movie called, Another Man’s Wife. It was very challenging because my eyes were open while playing the role. It was shot in Ghana.

What would you say is your selling point? What aspect of you do producers go for?

I think I’ve been blessed with auditory skills. I really know how to speak. Apart from the fact that grace has found me, people often tell me, ‘Oh, Cally, I like the way you speak, I like the way you talk’. A lot of would people say, ‘Cally, I’m giving you this script because I want a character that has a good command of English’. That part of me has really helped me grow to a certain point.

What aspect of your body attracts people?

My thighs, calves and my knees… There’s a lot of me that is very attractive. I find my smile very affectionate. Parts of me that I find really sexy are my hips, thighs, and belly. I really have a small waist.

Apart from what we see on the screen, who is Calista Okoronkwo?

Calista Okoronkwo is a girl who would really want to be a wife someday, have a husband, and hold her family. I love children. I’d love to have children, as many as possible, and I’m an advocate of marriage.

If you were to make a choice between your career and marriage, which one would you go for?

First of all, the man I’m going to end up with is a man who is going to be very supportive of my career. I’m not going to end up with a man who would have a problem with what I’m doing at the moment. As far as I’m concerned, it’s because I’m doing this that you met me. Except he meets me in another scenario, he can say to me, ‘I don’t like the fact that you are acting’, and I would quit.

So you can actually quit acting because of marriage?

Yes, why not? If there are other things I can do. I read Economics, so I can diversify to other sectors. I can do other things. I can be an entrepreneur, I can even produce movies; I don’t have to act. If it’s not okay with my husband for me to act, why not…?

Talking about marriage, would you say it’s very far or near to you? Are you seeing somebody already?

Marriage for me is another two years because as humans, we always have a set goal. When I was growing up, I would say ‘when I am thirty I want to finish having my kids and just relax with my husband, try to get my body back, and get my feet back on track’, and that thought is still in line for me. So, marriage is not far from me. I’m thirty, and in two years, I’m good to go.

Can you marry an older man?

I can marry an older man, but I cannot be somebody’s second or third wife. The older the sweeter. I always like my man to be older than me so that I can feel some sense of security and comfort around him. If he’s much younger, I’ll probably not take him seriously, and that’s the truth.

No, I’m not scared of marriage.

Most celebrities are ready to do away with marriage; they are opting for single parenthood so they can have their freedom. Would you subscribe to that?

I’m not scared of marriage. As a matter of fact, I’m looking forward to walking down the aisle with the man of my dreams. I’m not an advocate of divorce, that’s why I’m taking my time to choose. I’m not married today not because I don’t have suitors coming, I do have suitors but I’m taking my time to be sure that whoever I settle with would be the right person. I don’t want anybody pushing me saying, ‘Cally, it’s time to settle down’, when I know I haven’t found a man.

How would you safeguard your marriage?

My husband is going to be my best friend. I think marriage to your best friend would be the best. Marrying just anybody because you want to be called a wife, you will encounter lots of problems, because at the end of the day, you are not going to be on the same line of understanding with whoever your partner is going to be.

Can you marry a colleague of yours?

Why not? I can marry a colleague of mine if my heart leads me to it. Whoever I marry is the person I’m going to spend the rest of my life with. We will work it out; I’m not an advocate of divorce.