Kiddwaya Fires Back At People Dragging His Father, Terry Waya For Showing Off On Instagram


The reality star took to social media to lambast his father's critics. 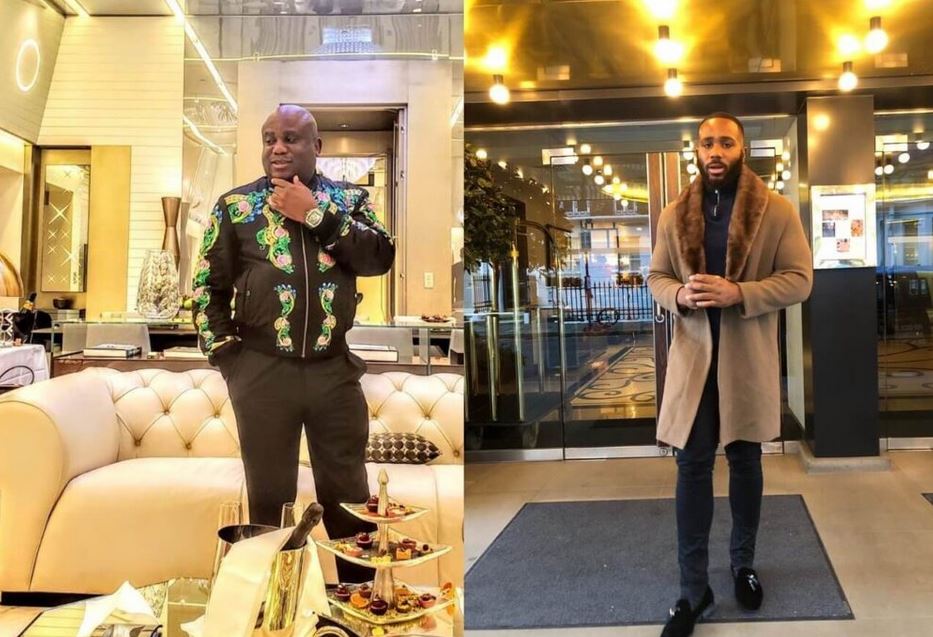 BBNaija housemate, Kiddwaya took to Instagram to defend his billionaire father, Terry Waya from people who attacked him for showing off online.

Terry Waya shared videos of himself at the Formula 1 Grand Prix in Abu Dhabi and wrote in the caption that only 100 people are allowed there.

He also shared videos showing the luxury interior of his hotel in Dubai alongside other videos documenting his stay.

Most of the comments left on the videos were from critics, telling Terry Waya that he's too old to be showing off. Some called him vain and one particular person called him "new Hushpuppi". 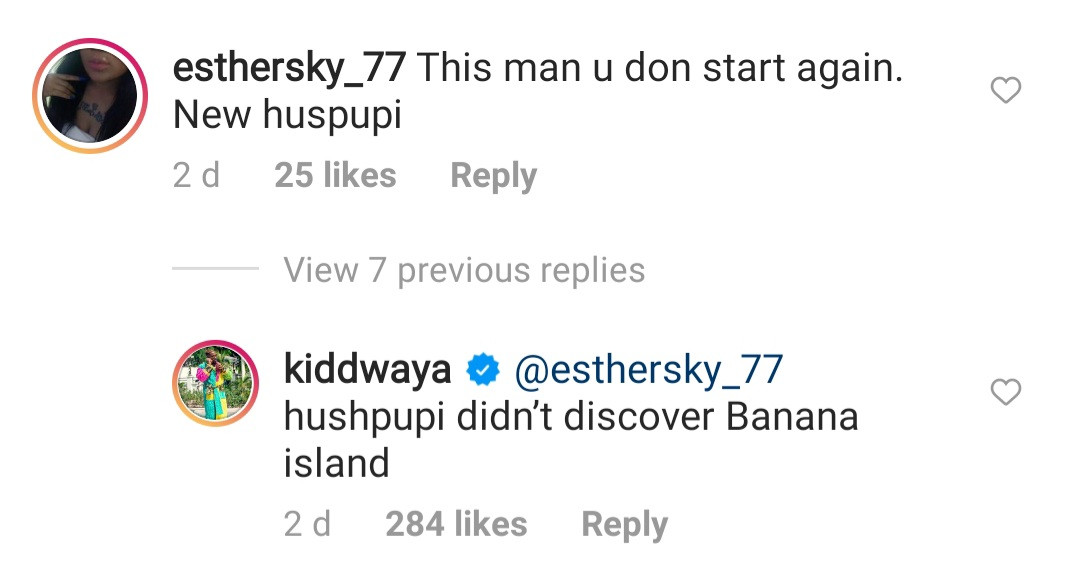 The reality star also called out another of his father's critics.

The critic told Terry Waya that he was at the same location the older man is currently showing off and he didn't feel the need to share it on social media.

Kiddwaya replied: "That's because no one gave a f**k about what you're doing lmao." 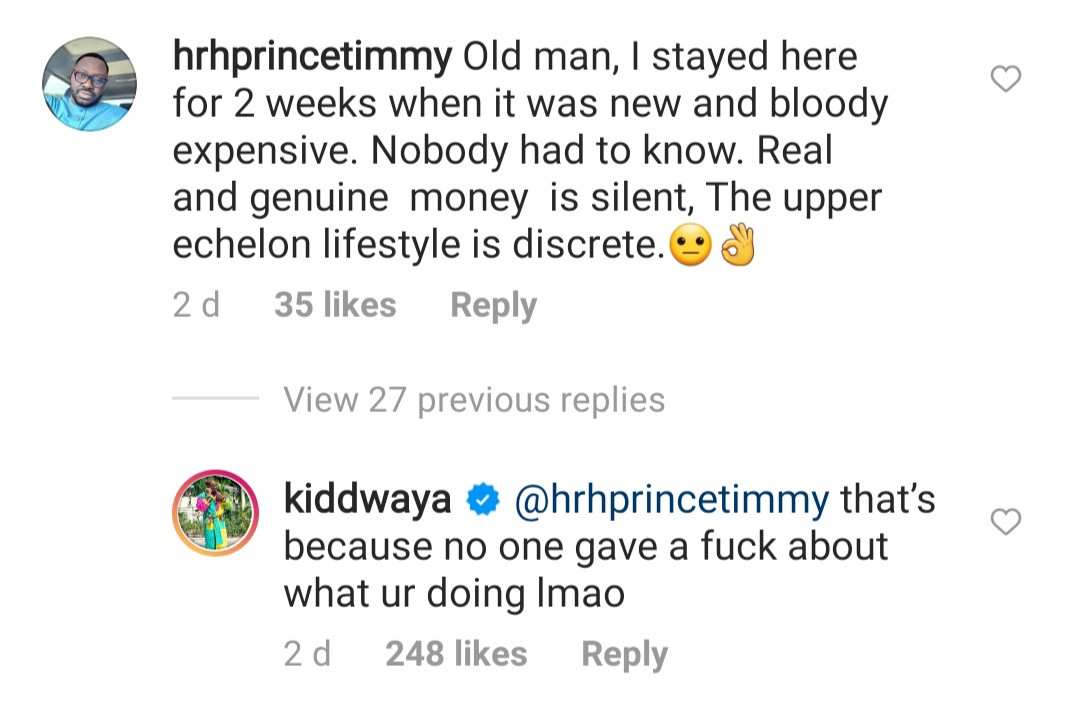