A little girl who went to a party with her parents has been found floating in a river in Ebonyi. 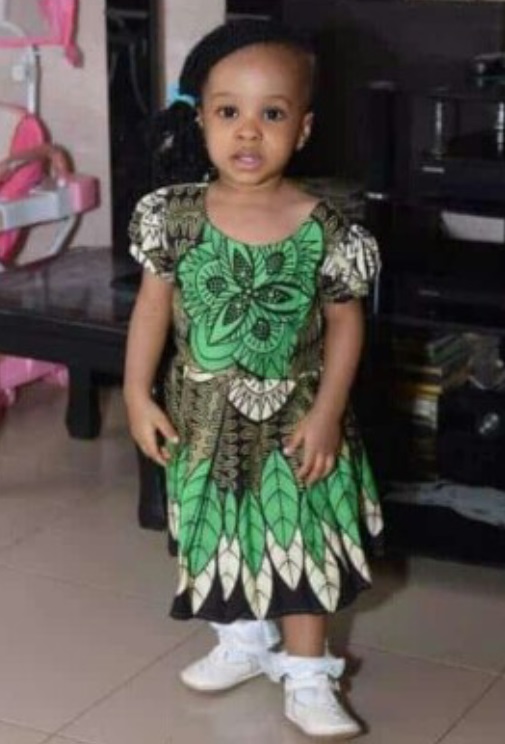 The little girl found dead in a river
It is a sad time for the family members of a little girl who went missing on Saturday, December 12 after her body was found floating in a river.
The little girl has been identified as Rosemary Chinyere Nnachi. She was found floating in a river at Nnodo community, in Abakaliki, the Ebonyi state capital.
The deceased went missing on Saturday, December 12, when she attended an end of the year event with her parents at a club in Nnoro community.
It was gathered that her body was found 48 hours later floating in a stream far from the club.  Her parents are said to be members of the club.
"The child disappeared suddenly. Nobody knew where she went to and they started looking for her.” said a family source.
A search party was raised but all efforts to find her were unsuccessful. A missing person report was circulated on social media.
A legal practitioner, Ekigbo Sampson Nnamdi, confirmed the sad development on Facebook on December 14.
“The missing child was found dead. The world we live in is evil. Thanks to those who showed concern.” he wrote. 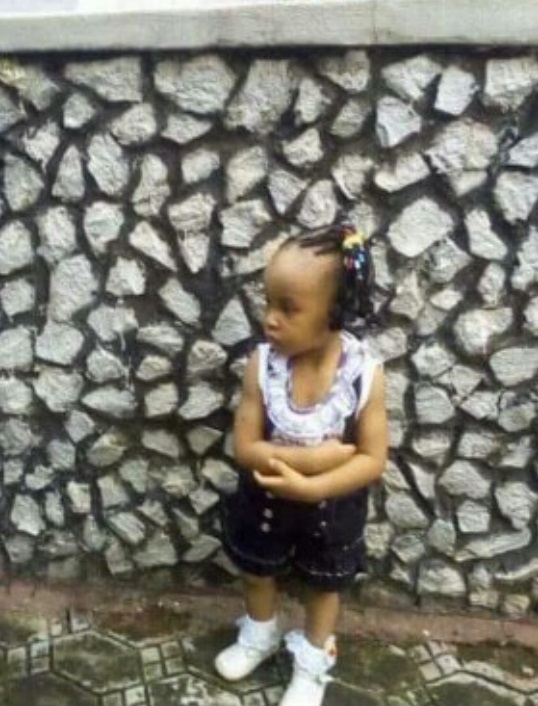 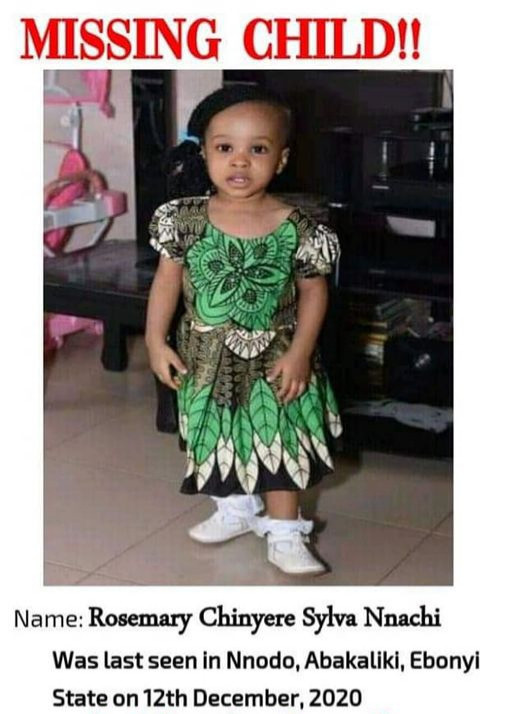 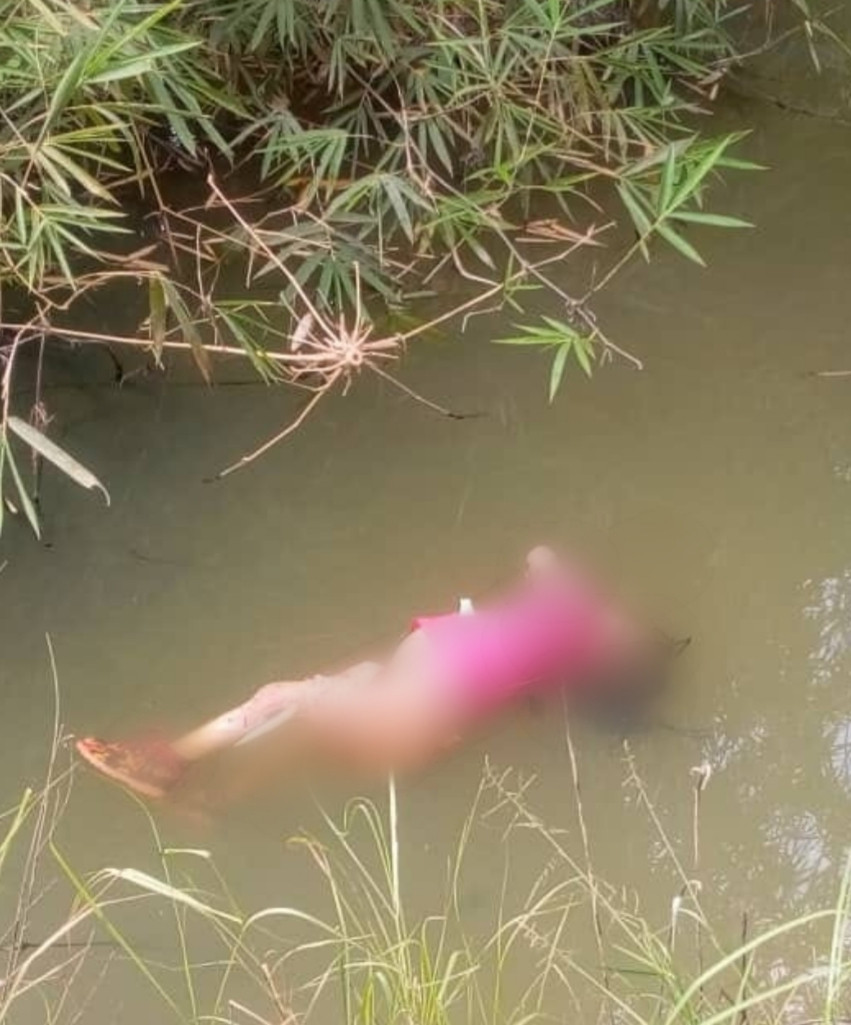 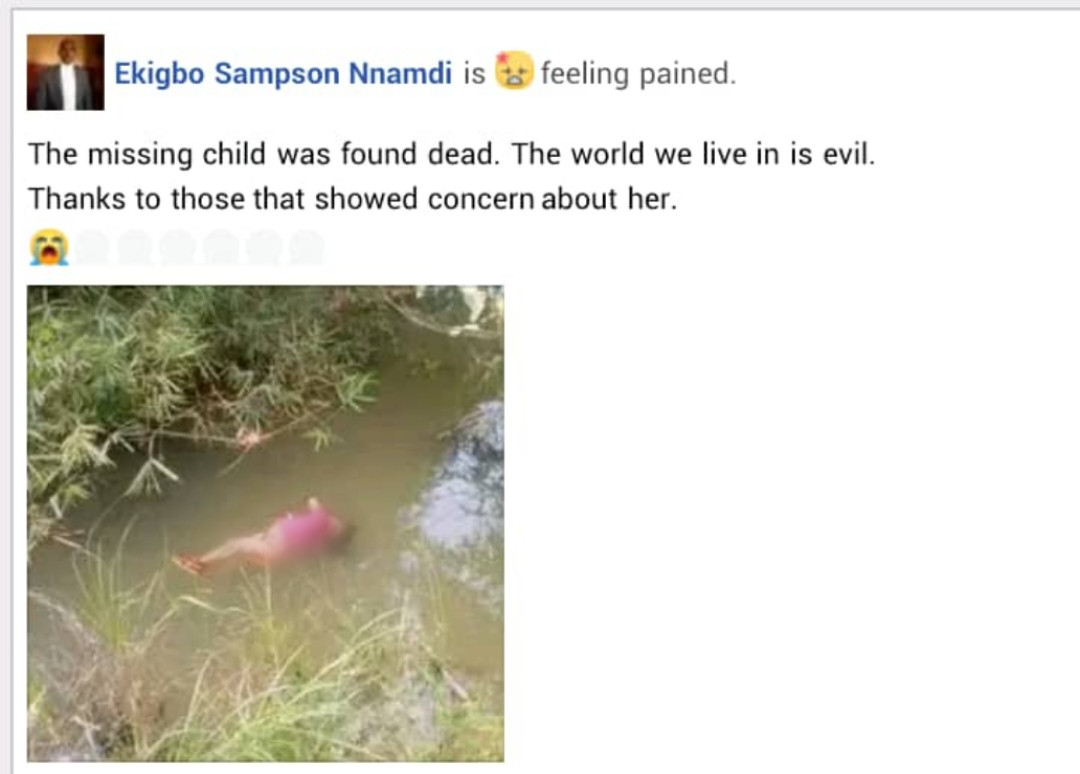