Speaking about her experiences in the field, she explained how she got the admiration of Fulani herdsmen who described her enterprise as legendary, adding that one of them gave her a cow in appreciation for her efforts. 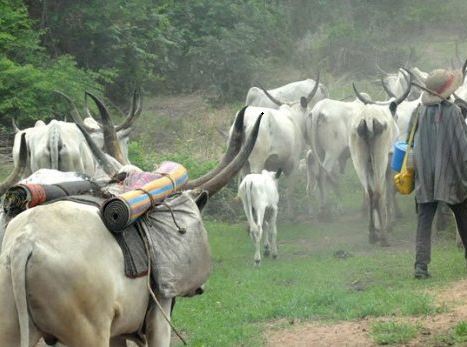 Mrs Ekene Obayi, an Igbo herdswoman in Ngwuru, Nsukka Local Government Area of Enugu State, has explained how unemployment drove her into the business of rearing of cattle, Vanguard reports.

Mrs Obayi, who is also a mother of two children, further explained that after her graduation from the University of Nigeria Nsukka, UNN, in 2014 where she studied Archaeology and Tourism and the eventual completion of one year National Youth Service Corps, NYSC, programme, she was forced to join her family business of cattle rearing when all her efforts to secure a white collar job yielded no positive result.

The agripreneur also said that if given the needed finance, she intends to establish a cattle ranch so as to provide employment to the teeming unemployed youths, adding that she is also working towards turning the ranch to a tourist site when it is established.

She also said: “My husband was involved in an accident and the injury he sustained could not allow him to rear the cattle. That was when I started being a herdswoman because we didn’t have anyone to help us.

“It was challenging at the onset but I am now used to the job. I can handle up to 100 cows conveniently now. This is to prove that whatever a man can do, a woman can equally.

“If I get the needed financial assistance, I want to establish a cattle ranch so as to create jobs and even train more women on this business. I want the Federal, Enugu State and Nsukka Local Government Areas to come to my aid financially so I can have my ranch.”

Speaking about her experiences in the field, she explained how she got the admiration of Fulani herdsmen who described her enterprise as legendary, adding that one of them gave her a cow in appreciation for her efforts.

“There was a day three of my cows mixed up with that of the Fulani herdsmen at Obimo, also in Nsukka Council Area. Because I gave them marks, it was easy to sort them out. However, one of the herdsmen gave me a cow to appreciate my efforts. He told me that their women don’t join them in rearing the animals because it is a tedious and energy-sapping exercise. That was how we became friends. Sometimes, I buy cows from them if I run out of stock,” she said.

She also enjoined job seekers to try their hands on agriculture, adding that waiting for non-existent white collar jobs is tantamount to waste of time.