Bill Gates has said he is happy his prediction of coronavirus deaths in Africa failed. 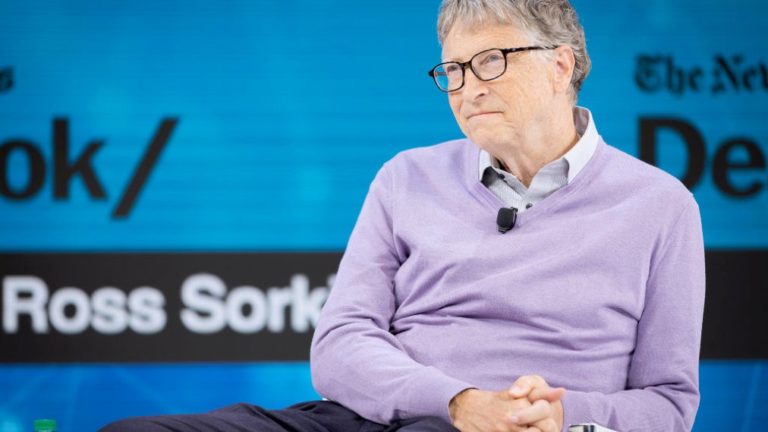 Bill Gates
Bill Gates has expressed shock as to why Africa is recording low COVID-19 deaths and cases.
The co-founder of Microsoft and Bill and Melinda Gates Foundation (BMGF), said he still doesn't understand why that is so after high deaths and cases had been predicted for Africa.
Recall that Gates and his wife, Melinda had in more than one occasion, warned that there will be dead bodies all over the streets of Africa if the world does not act fast enough.
Melinda said her heart was in Africa, adding that she is worried that the continent might not be able to handle the devastating effect of the virus.
But in his end of the year note, Bill said he was happy his prediction about Africa has not happened, “One thing I’m happy to have been wrong about—at least, I hope I was wrong—is my fear that COVID-19 would run rampant in low-income countries. So far, this hasn’t been true,” he wrote.
In most of sub-Saharan Africa, for example, case rates and death rates remain much lower than in the U.S. or Europe and on par with New Zealand, which has received so much attention for its handling of the virus.
“The hardest-hit country on the continent is South Africa—but even there, the case rate is 40 percent lower than in the U.S., and the death rate is nearly 50 percent lower.
“We don’t have enough data yet to understand why the numbers aren’t as high as I worried they would get — but gave probable reasons Africa was not as affected as expected.”
Meanwhile, Nigeria is currently fighting the second wave of the coronavirus.
The Presidential Task Force on COVID-19 had last week announced a second wave of the dreaded virus.
The Federal Government on Tuesday directed civil servants from grade level 12 and below to stay at home.
They are to remain at home for five weeks following the second wave of the COVID-19 disease in Nigeria.
Nigeria Centre for Disease Control, NCDC, on Saturday stated that COVID-19 related deaths now stands at 1,247.
The country recorded 829 cases on Saturday.
Nigeria currently has a total of 82,747 confirmed cases in the country.