Chimamanda Ngozi-Adichie Reveals How She Came About The Name 'Chimamanda'


She explained further that she was named Ngozi Grace with the latter part of the name being after her mother. 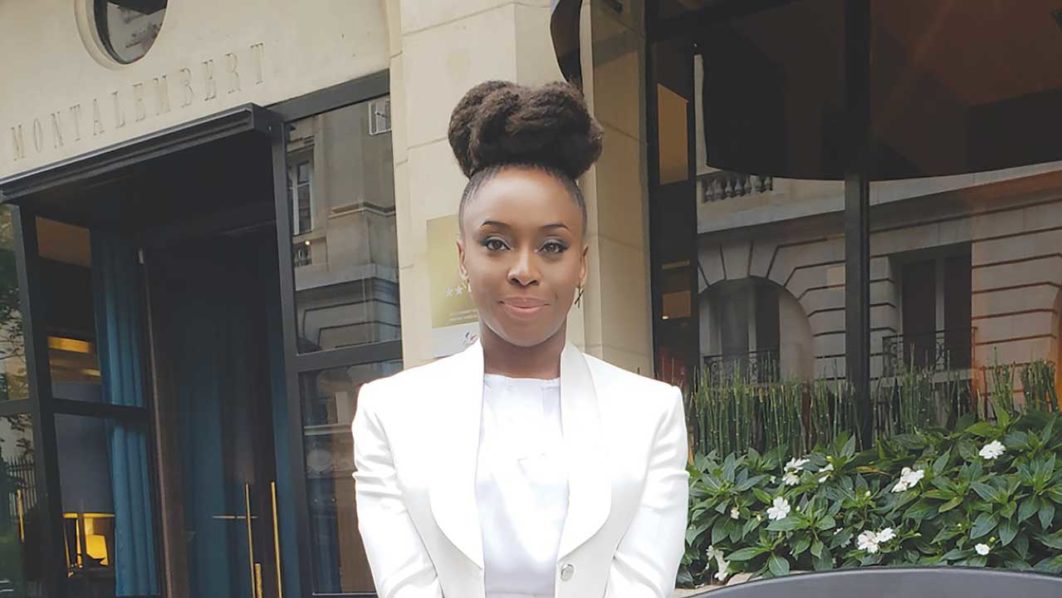 One of Nigeria's most celebrated authors and feminists Chimamanda Ngozi-Adichie, has talked about how her name came about.

The writer in a chat with Ebuka Obi-Uchendu on his Black Box Interview series on Bounce Radio has revealed that her parents didn’t name her Chimamanda.

According to the “Half Of A Yellow Sun” writer, she made up the name herself.

“It is true. The reason I decided to talk about it is because they say that culture does not change. Do you know how many people in Igbo land that are called Chimamanda today?”

She explained further that she was named Ngozi Grace with the latter part of the name being after her mother.

“Growing up, I always felt that I was not Grace, that was my mother, and Ngozi felt too common to me. In primary school, I was Ngozi,” she said.

The author who grew up in Catholic revealed that she first changed her name during her Confirmation.

“Being Catholic, one of the joys of Catholicism is that you get to choose a name when you get confirmed. I thought of a name I could choose but the priest said it had to be the name of a saint,” she said.

“People were choosing ridiculous names like Bernadette. I read a novel and there was a character called Amanda, so, I chose the name, Amanda. The priest said it was not a saint’s name but I told the father that it was the name I wanted.”

“I pushed, so they let me. I was Amanda at Confirmation. I was Amanda from secondary school till my first year at the University at Nsukka when I was studying medicine.”

The popularity of the name Amanda only hit her when she relocated to America to continue her studies. She added that she didn’t like the way it was being pronounced and this was when she decided to merge her name Ngozi and Amanda to be different, but it still didn’t sound right.

“It was not unique anymore and the way it was pronounced put me off. I felt that was not me. I started thinking about how I could change the name.”

Still wanting an Igbo name and retaining her name ‘Amanda’ because of her passport, the 43-year-old decided to add ‘Chim’ to ‘Amanda’ to get ‘Chimamanda’.

“Just before my novel was published, I was thinking, and I remember exactly where I was when it came to me,” she revealed.

“I am not a person who is given to this kind of Pentecostal talk but it felt like a revelation, it really did. I was in my brother’s house in England, in their tiny guest room, lying on a narrow bed thinking about the fact that my novel is going to be published and I do not want to be introduced to the world as Amanda.

“I remember just lying there and it just came to me, Chimamanda. By the way, when I was thinking of a name, I could have just picked an Igbo name but I wanted a name that had Amanda in it so that I would not have to change my passport.

“I already had this identity; I had a passport, driver’s license, bank account with that name. So, it was really about how I could hold on to that name but make it Igbo.”

Under the Chimamanda name, she has become a celebrated writer with the name, published six critically acclaimed books, and won multiple awards.