The tricycle rider was found guilty and sentenced to three months in prison with an option of fine. 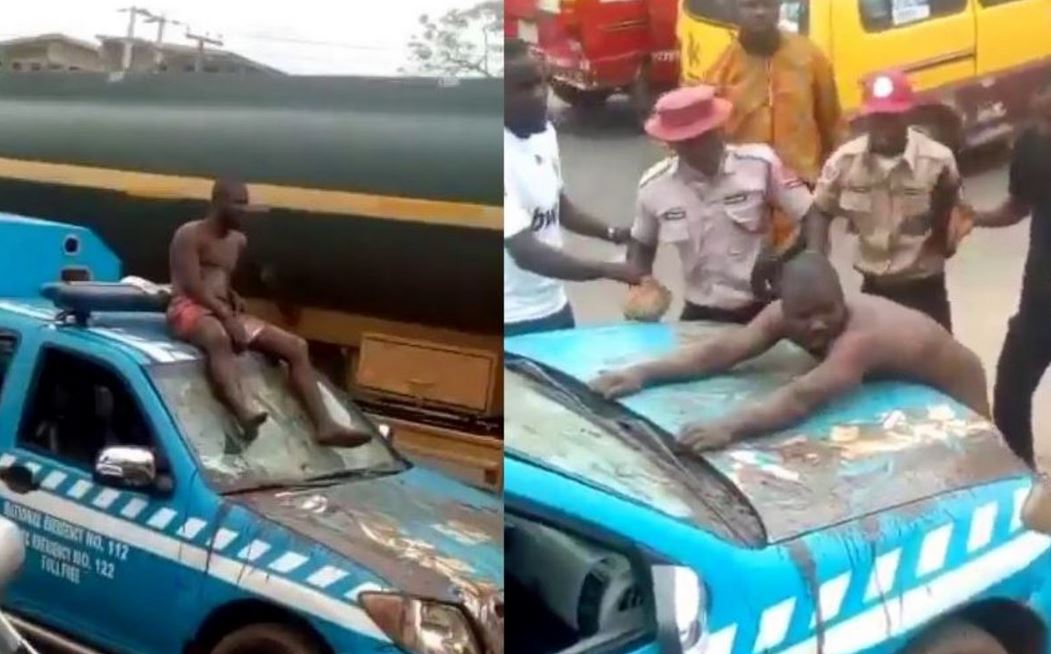 Adeshina Adeyemo, the Keke Napep rider who stripped himself naked and assaulted some FRSC operatives along the Benin Sapele road in July 2020 has been sentenced to 3 months in jail by a Magistrate court sitting in Benin city, Edo state today, January 15.

According to the FRSC spokesperson, Bisi Kazeem, Adeshina was arraigned with a case file number MEV/117C/2020 before Senior Magistrate F. Ojehumen of the Evbuoriaria Magistrate Court B on a 2 count charge bordering on conducting himself in a manner likely to cause breach of public peace; and for maliciously damaging FRSC patrol vehicle during patrol operations along Sapele-Benin road on 16 July, 2020.

A video of Adeshina stripping himself naked and challenging the FRSC operatives went viral at the time.

Giving the judgement on the case today, the tricycle rider was found guilty as charged, but in line with the 2019 sentencing guidelines, the Magistrate noted that he was entitled to Allocutus, as such, the sentence was mitigated.

A statement released by Kazeem reads in part;

"On the first count charge, the accused is to pay the sum of #5000 or 1 month imprisonment, and #41,000 or 2 months imprisonment for the second charge and both sentence are to run concurrently. The Defendant who failed to meet the option of fine has been taken into custody at the Nigeria Correctional Service in Benin City.

The spokesman said that the matter which was first presented before His Worship on 22 July, 2020 when the Defendant pleaded not guilty, witnessed over 4 subsequent appearances before it was finally adjourned on 19 October, 2020 due to the EndSARS protest to 11 January, 2021 when the verdict was pronounced."

Explaining why he was prosecuted, Kazeem recalled that the rider who was apprehended for committing the offences of driving against traffic, driving without a valid drivers license and under the influence of alcohol, went berserk at the point of arrest, stripped himself naked, and started throwing obstacles on both personnel and the patrol vehicle and at some point, even dragged the patrol operatives in uniform.

Kazeem said this act of incivility and disrespect to Public Officers saw him destroy the staff's uniform and not only damaged the windscreen of the patrol car, but disfigured the bonnet and other body parts with mud and stone before he was finally arrested, detained in Etete Police Station before charging him to Court.