Twelve choice cars have been recovered from 11 suspected internet fraudsters after being arrested by the EFCC.

Cars recovered from yahoo boys in Oyo
Eleven men suspected to be internet fraudsters have been arrested by men of the Economic and Financial Crimes Commission, EFCC, Ibadan zonal office, on Friday.
12 exotic cars were also recovered from them.
They were apprehended by operatives of the Commission who, acting on intelligence, swooped on their hideouts in Osogbo, the Osun State capital. 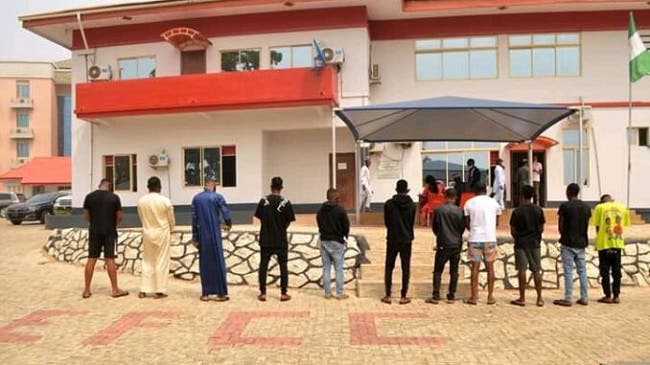 The Commission recovered twelve cars which are three Toyota Highlander SUVs, one Mercedes Benz GLK 350 SUV, One Acura SUV, two Honda Crosstour, two Toyota Venza and three other Toyota brands. Also recovered are phones, laptops and other devices.
The suspects, who variously claimed to be students, artisans, farmers and businessmen, are currently undergoing interrogation to ascertain their level of involvement in the alleged crime.
They will be charged to court as soon as investigations are concluded.
Top Stories