The cornea – the transparent shield that surrounds the eye – directs light into the eye and helps focus it on the retina. 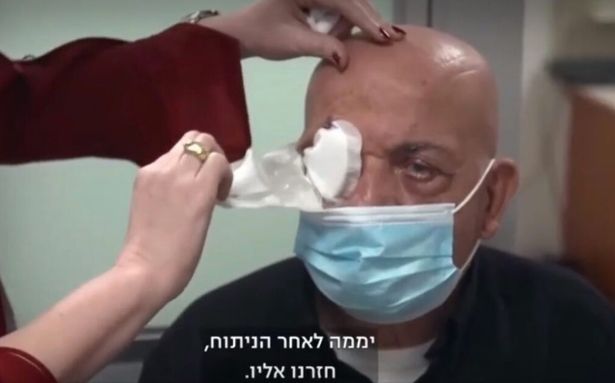 Jamal Furani of Haifa was able to read text and recognise relatives as soon as his bandages were removed (Image: Channel 13)

According to Daily Star UK, an Israeli man,  Jamal Furani, has regained his sight after 10 years of blindness.

The man regained his sight thanks to a revolutionary new synthetic cornea.

Jamal Furani, from Haifa, had the artificial cornea implanted earlier this month at the Rabin Medical Centre in Israel. As soon as doctors removed his bandages, the 78-year-old was able to read text and recognise family members.

The cornea – the transparent shield that surrounds the eye – directs light into the eye and helps focus it on the retina.

The new artificial cornea, the CorNeat KPro, offers hope to millions who suffer vision loss every year due to eye injuries or infections.

'There were a lot of tears in the room' when Mr Furani opened his eyes for the first time (Image: Channel 13)

One of the team behind the revolutionary surgery, Professor Irit Bahar, said: “The moment we took off the bandages was an emotional and significant moment.

"Moments like these are the fulfilment of our calling as doctors," he added.

"We are proud of being at the forefront of this exciting and meaningful project which will undoubtedly impact the lives of millions.”

Corneal diseases account for the second leading cause of blindness in most developing world countries.

World Health Organisation estimates put the number of people develop vision problems due to corneal disease at somewhere in the region of 2 million every year. 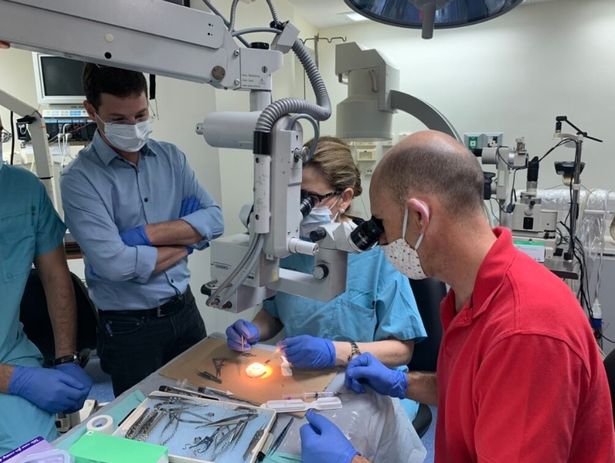 Dr. Gilad Litvin, CorNeat Vision’s co-founder and the inventor of the CorNeat KPro, said that the moment when Mr Furani first opened his brand new eye was “surreal.”

“After years of hard work, seeing a colleague implant the CorNeat KPro with ease and witnessing a fellow human being regain his sight the following day was electrifying and emotionally moving,” he said. 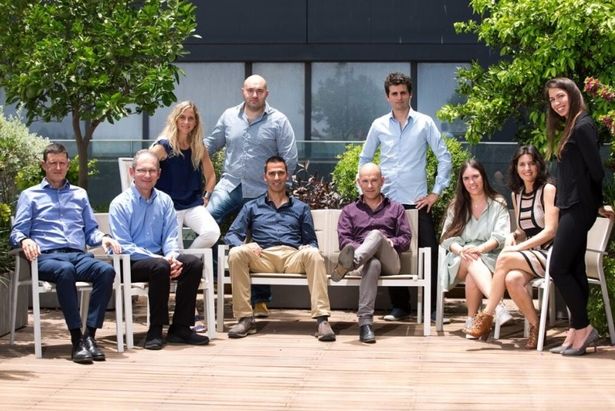 Mr Furani suffered from edema of the eye and other diseases that rendered him legally blind for about a decade (Image: CorNeat Vision)

He added: “There were a lot of tears in the room. This is an extremely important milestone for CorNeat Vision.”

His colleague Almog Aley-Raz said that this procedure will be the first of many: "The CorNeat KPro's first-in-human implantation is just the first step in a multi-national clinical trial,” he promised.

“Given the exceptional visual performance of our device, the expected healing time and retention, and the fact that it cannot carry disease, we plan to initiate a second study later this year with broader indications to approve our artificial cornea as a first line treatment, displacing the use of donor tissue used in full thickness corneal transplantations.”