Due to the separation rumours, the fan chose to ask if they are still married and got slammed by the footballer's wife. 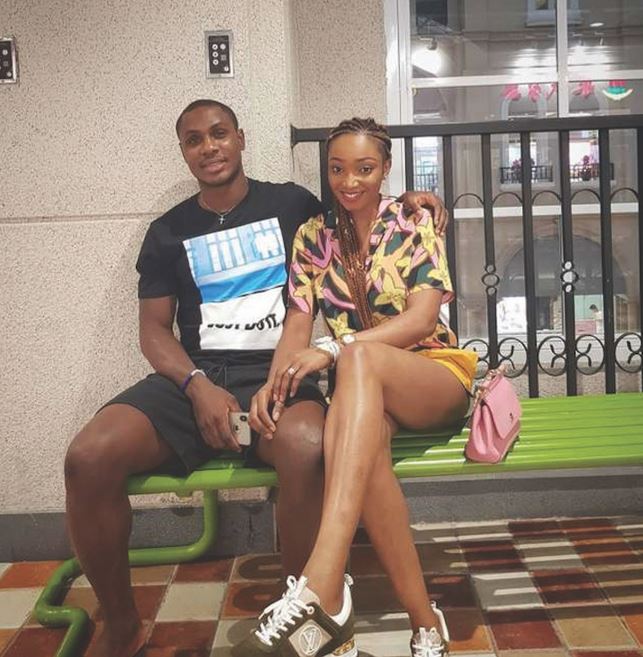 Sonia Ighalo, the wife of Manchester striker, Odion Ighalo, blasted a fan following a  Question and Answer session with her Instagram followers on Sunday, January 24, after she was asked if she and the footballer are still together.

Recall that in January 2020, it was rumored that their marriage was in crisis after they both deleted their photos on their respective Instagram pages.

The rumor was further fueled after Sonia reverted to her maiden name. Also in December 2020, Jude shared Christmas photos on his Instagram page with his wife conspicuously absent in all the photos he shared. He only shared photos of only himself and their three children.

Due to the rumours, the Instagram user chose to ask if they are still married. Sonia didn't like the question and asked people to ''mind their business.'' 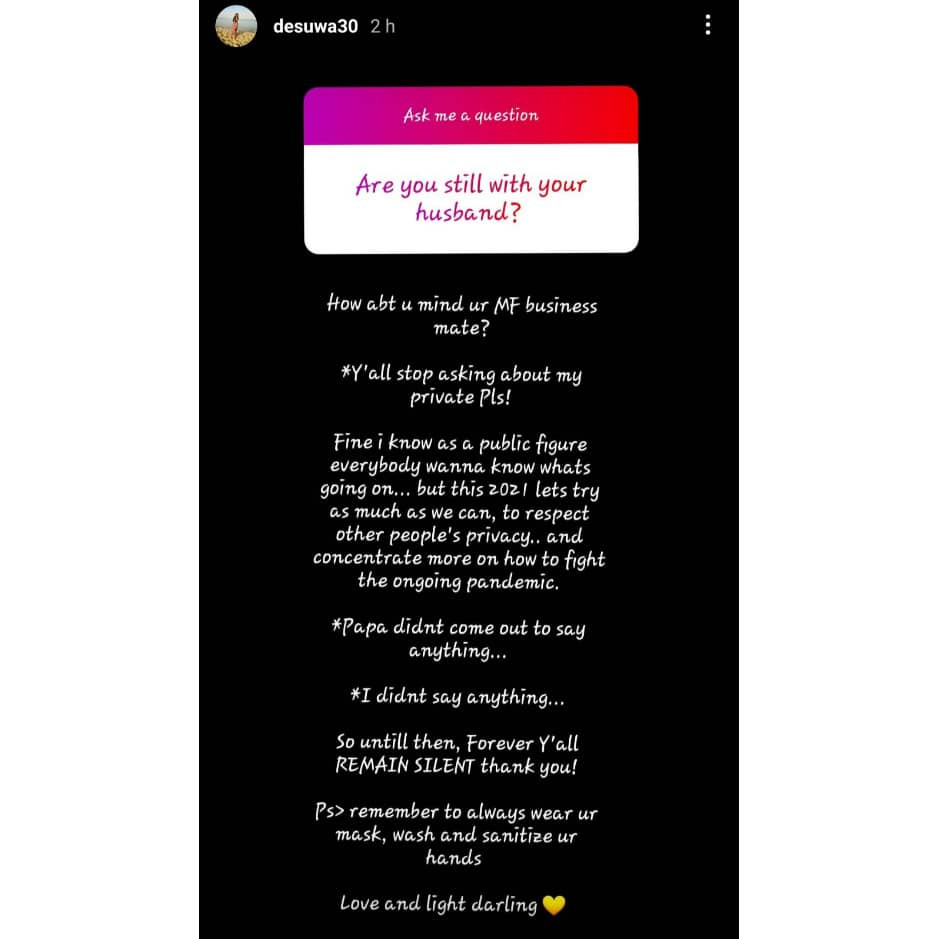 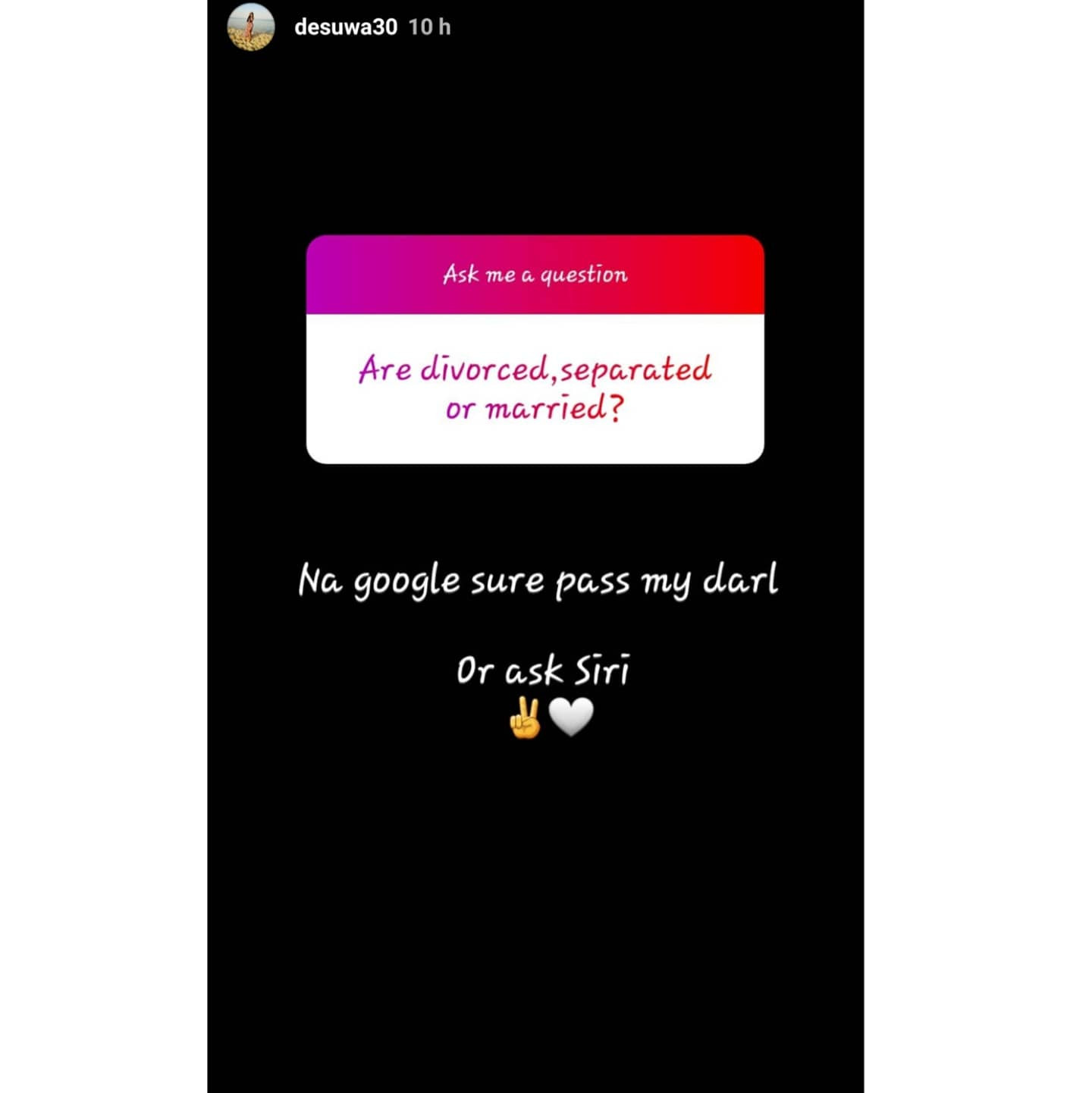 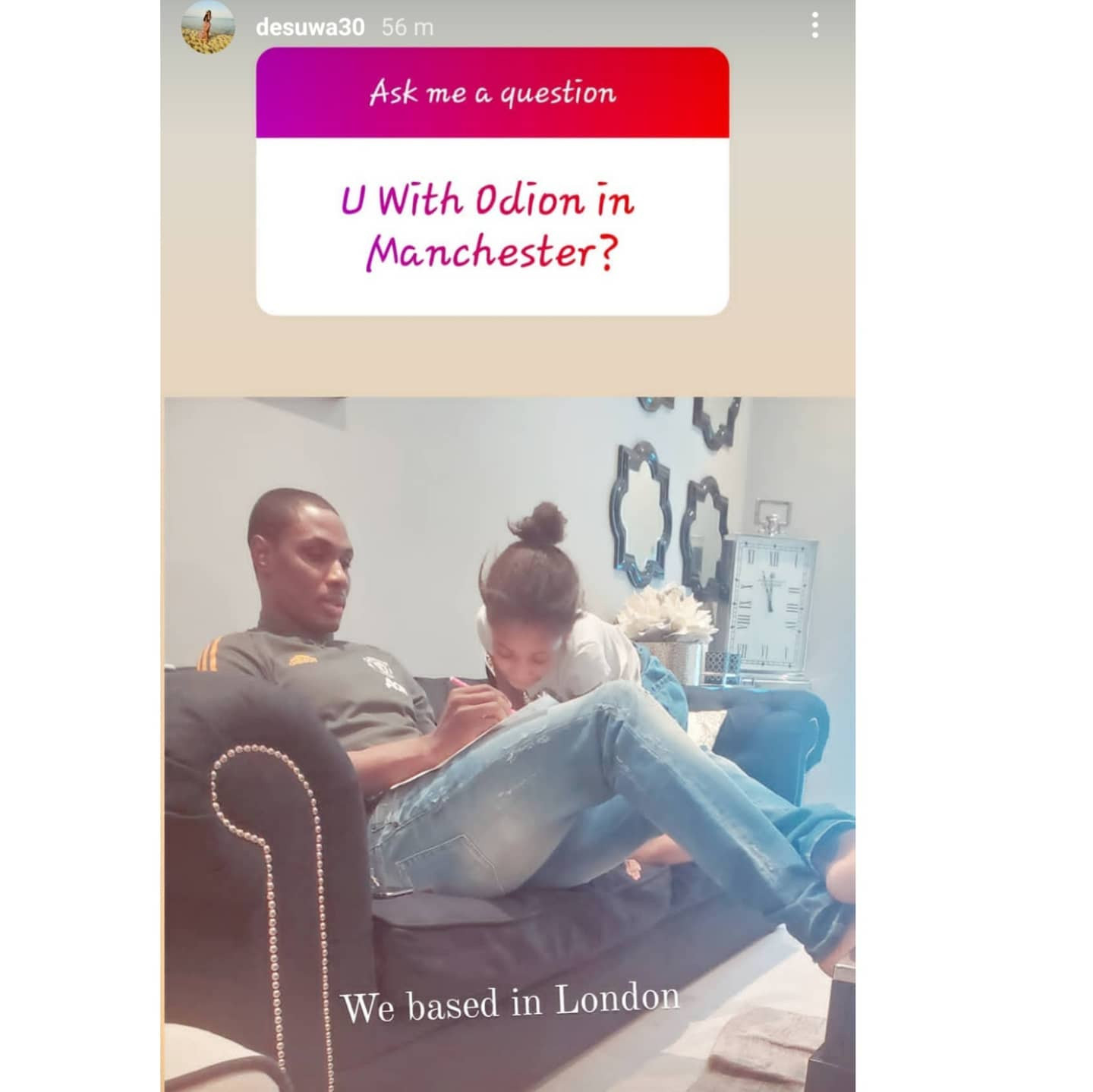 She revealed that they are based in London.

The mum of three also shared a video of herself and the footballer with their kids in their home in London on Saturday, January 23.