From being paid as low as N10,000 as salary, to being used as private maids, the young lawyers have revealed shocking treatments they receive from senior lawyers in the country. 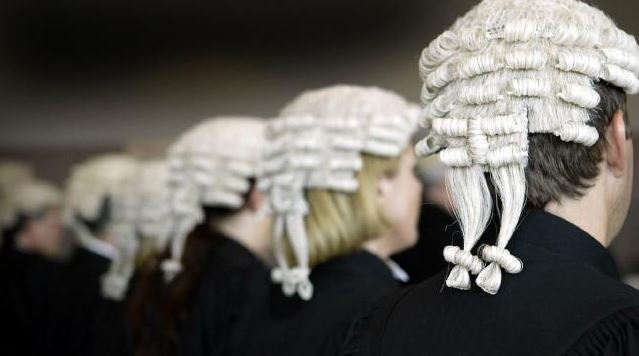 Some young Nigerians lawyers have taken to Twitter to share the horrible treatments meted out to them by their senior colleagues in the legal trade.

From being paid as low as N10,000 as salary, to being given a monthly allowance of just N3,600, and also being sent errands like office assistants or private maids, the young lawyers have revealed many shocking treatments they receive from senior lawyers in the country.

See some shocking narrations below;

@SSnetwoork: Devils/Demons are amongst us in large numbers and it’s not a joking matter at all….SOME YOUNG LAWYERS ARE PAID 10K Abeg when are we throwing this country away? Let’s collectively throw it inside the Pacific Ocean because

@Chydec1: I remember as a young Lawyer, during an election petition, was asked by the Seniors to collect over 50mil from a Politician, cos others who collected previously were having shortfalls on d money, I collected in cash took it to d bank where 5 seniors shared d money, after sharing they looked at me, smiled and jokingly said “ur time will come one day” and went their ways, not minding the risk I took, carrying the Ghana must go, looking over my shoulders and driving like crazy as a female with that cash, was not even given money for fuel.

@aleece_owulo: During my service year, whenever the office had an event, young lawyers were offered Caprison while malt was reserved for senior lawyers.
Should I talk about asking female corp members if we could prepare lunch in the office for everyone? To think some people were considering

@galscoutzkukiz: As a young lawyer, I

1. Bought Amala (to exact spec, otherwise, you will go back) for boss on a norm.

2. Picked up kids from school

4. Gone to Gbagi to look for birthday material

‘Ma, this one is dark green o. She said she doesn’t know bottle green’.