A Nigerian man has finally succeeded in life after starting from nothing to build a company worth billions. 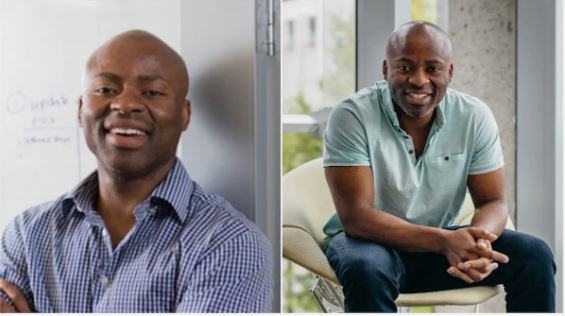 Tope
A Nigerian man, Tope Awotona has become a source of inspiration for many after overcoming his struggles to build a company in the United States worth several billions of naira.
According to his story shared on Twitter, his dad came from a poor home.
Following the death of his father, the man promised that he will make him proud by becoming a successful entrepreneur.
According to Ankith Harathi who shared the story, the life of Tope took a grim turn as a child when he saw his father shot by men who demanded his car key.
It should be noted that before his death, the father had quit his 9-5 job to run his own startup. After that horrible event, his mother moved him and his siblings to the US.
Upon his university graduation, Tope had a stint with some jobs before he started working for Perceptive Software as a salesperson in America.
Despite his huge success at the company, he was very much interested in creating his own. A speech by the founder of Perceptive at a meeting further stoked his passion for entrepreneurship.
Tope’s mother was diagnosed with cancer around the time that he wanted to build his ideas. The road became rough.
After many failed ideas, the man started Calendly, an app that enables people to schedule meetings without going through the hassles of emails.
Seven years later, Calendly has over 20 million subscribers and more than $60m (N22,875,000,000) yearly revenue. His mother died the same year Calendly was born.
Speaking about his parents, Tope said:
“I wish they could see what Calendly is now”
Read tweets detailing his full life below:

1) Tope Awotona was raised by a pharmacist and microbiologist in Lagos, Nigeria, with 3 other brothers.

His mom came from wealth, but his dad grew up poor.

As a parental team they continually reminded the young Awotona brothers to be forever grateful for what they had. pic.twitter.com/fov4aHeZS9