See How Ned Nwoko Responded To A Troll Who Said An Old Man Will Marry His Daughter, Julia


The lawyer responded to the troll, stating that he prays for his daughter to marry a wealthy and older man who can take proper care of her. 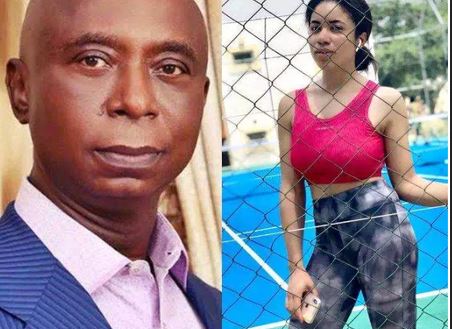 Ned Nwoko and his daughter, Julia

Prince Ned Nwoko, a billionaire and husband of Nollywood actress, Regina Daniels has replied a follower who said his daughter Julia will marry an old men like himself.

This comment from the troll came after Prince Ned Nwoko took to social media to share a photo of himself and his third wife Laila.

The troll commented, “Your agement will marry your beautiful daughter Julia one day.”

In reply, Ned Nwoko said “that’s my prayer. She deserves a mature responsible honest rich man who will appreciate her every day.” 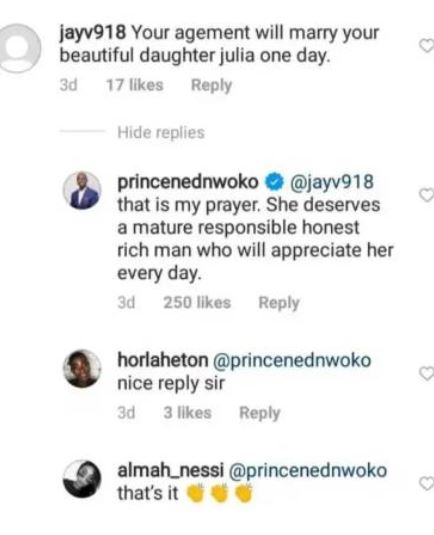