A former member of Nasarawa State House of Assembly has cried out after Yahoo Boys took over his account and cleared all the money. 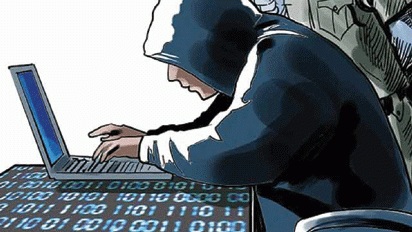 Suspected internet fraudsters have scammed the Chairman, Nasarawa State office of the Special Public Works, Dr Kassim Mohammad.
The man cried out on Thursday before journalists.
The former member of Nasarawa State House of Assembly told Journalists in Lafia that the fraudsters have taken over his accounts and cleared his entire money.
According to him, the Yahoo-boys have developed a new mechanism that helps them hack into people’s accounts.
The SPW Chairman stated that he has since submitted the complaint to the management of all his banks as well as the state command of the Nigeria police adding that he saw an alert of N150,000 in one of his accounts last Tuesday from a source he could not identify thereby putting his account at risk.
According to the complaint letter to the bank notifying the management of the transfer of N150,000 from his account, Kassim said “I wish to write and bring to your notice that at about 4:23 pm on Tuesday, 2/02/2021, “I received an alert of 150,000 only from my account from unidentified account number2176990631 named one Bello Jibrin Isa.
“I sincerely denounce the transaction and call on the authority of the bank in Lafia branch to act immediately”.
The APC Chieftain stated that he has not transacted any business with anybody to warrant the N150, 000 adding that he has not submitted the said bank account to anybody for any transaction.
Top Stories