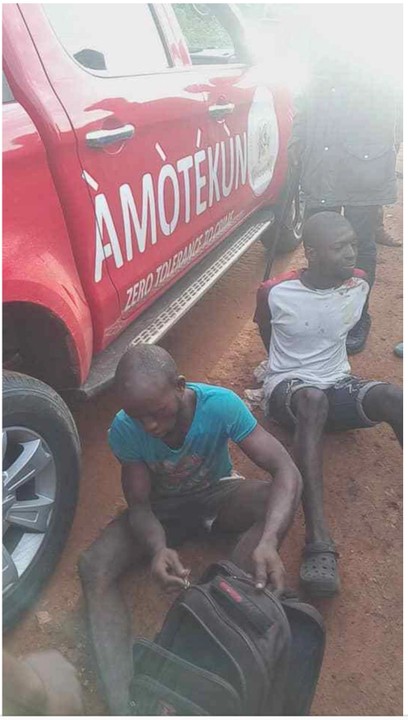 Some herdsmen who refused to obey the quit order given by Ondo state government have been arrested.
At least 37 herdsmen and 5,000 cattle were arrested by the Ondo state security outfit codenamed Amotekun for violating the quit notice of forest reserves by the state government.
They were arrested in government forest reserves located at Ala, Oda and Ofosu.
Recall that governor Rotimi Akeredolu had issued a seven day quit notice to the herdsmen in the government forest reserves across the state.
Akeredolu, therefore, asked the herdsmen to register with the government so that they can operate unhindered in the forest reserves.
Commander of the state Amotekun Corps, Chief Adetunji Adeleye confirmed the arrest of the herders who could not cope with the terms and conditions of the state government.
Adeleye added that other herdsmen have met with the Corps and had peacefully opted to move out of the state.
He said that the enforcement of the government order was still ongoing as his personnel were still in the forest to flush out the remaining erring herders
According to him ”Some of them have opted to leave the state because they couldn’t meet with our terms and conditions.
“They came through the Chairman of Miyatti Allah in the state. Some opted to go to Osun, Edo and Kogi States.
”So our men escorted to the boundaries of those states. We have to monitor their movements out of the state so that they would not destroy farms on their way out.
”About 37 herders have been arrested with about 5, 000 cows. Majority of the herders have been coming to us through their chairman and the Special Adviser to the Governor on Hausa Matters.
“We will hand over the culprits to the chairman to lead them out and anybody caught again after this would be arrested and prosecuted.”
Adeleye asked the farmers to always call on the corps whenever the cows invade and destroy their farms noting that his personnel would respond promptly.
He said that ”It is always difficult for us to trace the herders after they had destroyed the farms but if we are called upon during the act, we will come and make an arrest and ensure that the herders pay for what they destroy, ”
Top Stories