A mother has cried out in pain after her makeup artist daughter was killed by two siblings over a man. 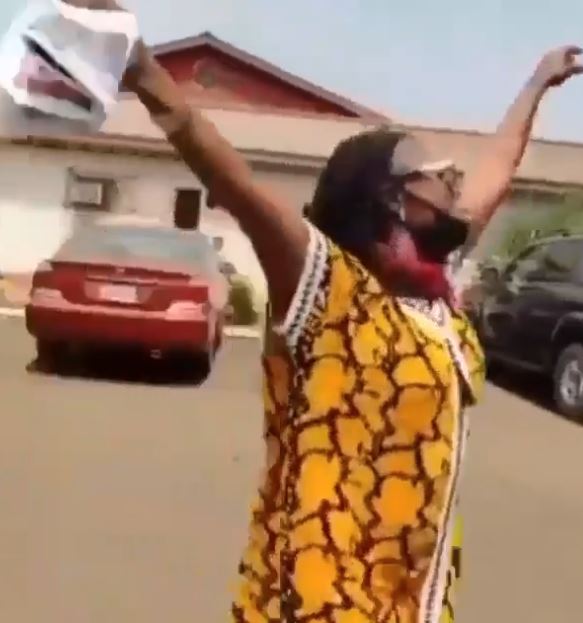 Ijeoma's mother crying and cursing her killers
A woman couldn't hold bcck tears after her makeup artist daughter was murdered by two siblings.
The crying mother laid curses on her daughter’s killers.
Recall that Ijeoma was gruesomely murdered by two siblings, Chiamaka and Emeka Ifezue for being the new girlfriend to Chiamaka’s ex-boyfriend.
The MUA with Instagram page @wake_n_makeup, was last seen on Wednesday, November 11, 2020, after she left home for a job from which she never returned.
According to reports, she asked to know the venue for the job but was simply instructed to meet the client at a bus stop in Enugu.
After, the client picked her up from the bus stop and was taking her to the job venue, the makeup artist reportedly felt something was wrong and immediately texted the client’s number to her brother. That was the last time Ijeoma’s family heard from her.
She was reportedly found dead around Maryland, Enugu and it was claimed that she had been doused with acid.
Friends of the deceased took to social media to call for justice for Ijeoma and fortunately, the culprits (a sister and her brother) have been arrested and charged with her murder.
Watch Ijeoma’s mum shed tears as she prays for justice to be served,