Reacting to the planned protest, the Chief Press Secretary to the Lagos State Governor said no Nigerian youth will be able to bring Lagos down. 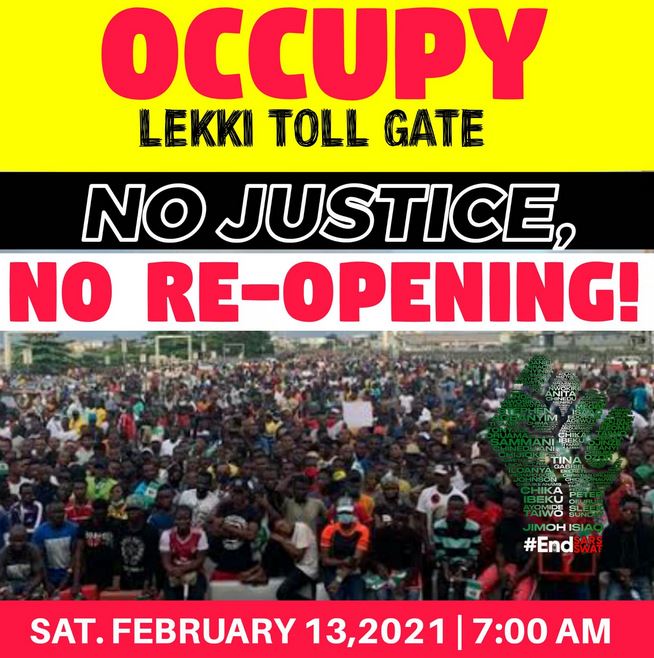 Mr Gboyega Akosile, the Chief Press Secretary to Governor Sanwo Olu has reacted to the planned protest against the reopening of the Lekki tollgate on Saturday, February 13, 2020.

Some Nigerian youths have threatened to carry out a protest at the Lekki tollgate over plans by the Lagos state government to reopen it for operations.

They have begun to mobilise on social media with #RevolutionNow and #OccupyLekkiTollGate, with the matter trending as number one and three on Twitter.

As of 11 am, some of the youths shared Display Pictures and banners to create awareness about the protest.

Information on the posters showed that the protest is planned to start at 7 am on Saturday, February 13, 2020.

Some of the posters have inscriptions such as “No justice, no reopening”, and “Occupy Lekki tollgate” among others.

Reacting to the planned protest, the Chief Press Secretary to the Lagos State Governor, Gboyega Akosile, in response to a tweet with the hashtag #DontLetThemBringLagosDown, said “nobody will bring our dear Lagos State down! Their rights end where other people’s rights begin.”