A suspected armed robber has been caught with five different pistols while on his way from Benin to Abuja. 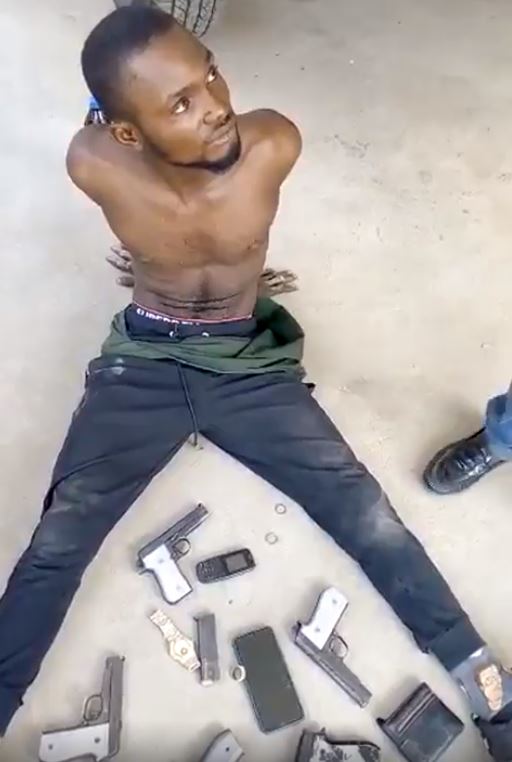 The suspected armed robber
A man suspected to be an armed robber has been arrested with five pistols by the police.
It was gathered that the suspect was caught while traveling from Benin to Abuja with live ammunitions in a Toyota Tacuma at Oguda Bridge, along Okene-Auchi Road.
The suspect was thoroughly interrogated by the police before he confessed.
The suspect admitted to being a resident of Gizza in Abuja, and a Gwandara speaking person. He claimed to have hailed from a Yakubu Aman Family.
He further confessed that he's working for a community chairman at Airport Road Benin city, in Edo state.
Watch video below:
Top Stories