The cheating girl was busted after her conversation was posted online leading to the end of her relationship. 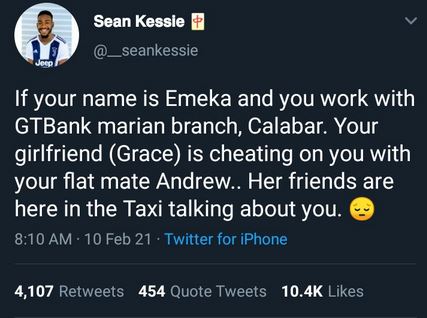 A girlfriend who was cheating on her man with his flatmate has been busted after a Twitter user tweeted about her conversation in a taxi.

The Twitter user had alleged that one banker, Emeka was being cheated on by his girlfriend who he identified as Grace.

Another Twitter user who went to the New Generation bank branch, informed Emeka about his alleged girlfriend's conversation in a taxi and this led to a breakup. 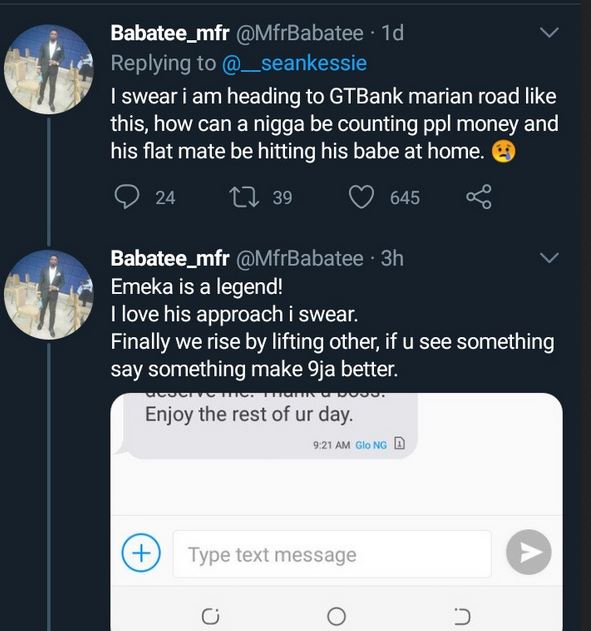 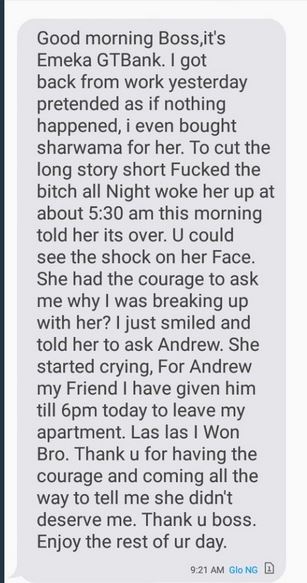