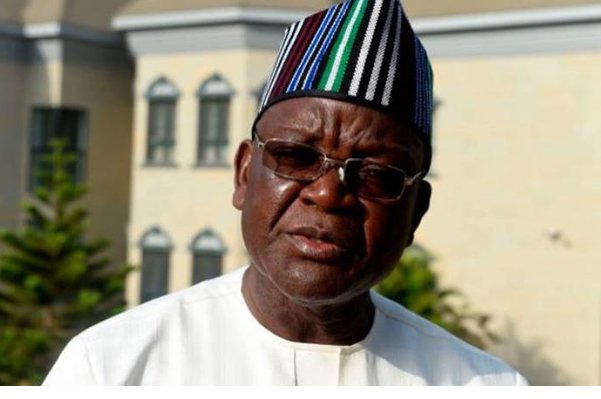 Governor Samuel Ortom
Benue State Governor, Samuel Ortom has lashed out at Bauchi State Governor.
He said, Bala Mohammed is a big dissappointment for attacking him over the manner he is handling farmer-herder clashes.
Mohammed had lashed out at Southwest governors for handling the farmers-herders crisis poorly, saying that Ortom started the whole thing.
“On the herders-farmers clashes, you have seen what our colleagues in the South-West are doing and some of them in South-East. Some of us told them with all modesty and humility – you are wrong.
“But the person that is most wrong is the Governor of Benue State, my brother and my colleague, Governor Ortom; he started all these. If you don’t accommodate other tribes we are also accommodating your tribes in Bauchi and other places.
“We have so many Tiv people working and farming in Alkaleri, farming in Tafawa Balewa, farming in Bogoro Local Government Area of Bauchi; has anyone asked them to go? We have not, because it is their constitutional right to be there.
“We have Yoruba people in Bauchi for over 150 years, even before the birth of Nigeria. Nobody has told them to go; some of them have risen to become permanent secretaries in Gombe, Bauchi, and Borno,” Mohammed had said.
Replying Mohammed, Ortom said his comments were disappointing, saying that he found the comments made by the Bauchi governor shocking, especially as he should know better as a governor who took oath of office to protect and defend the constitution of Nigeria.
Ortom, in a statement, said Mohammed had now taken the lead in violating the constitution by his unbecoming utterances.
The governor said he was shocked when Mohammed defended Fulani herdsmen bearing AK-47, wondering which section of the constitution gave the right to Fulani herdsmen to carry dangerous weapons around the country.
“It was the same Governor Mohammed who once said on national television that a Fulani man is a global citizen and therefore does not need a visa to come to Nigeria and that the forests belong to herdsmen,” he said.
Ortom said it was clear that Mohammed did not have detail facts about the havoc being wrecked by Fulani herdsmen across the country, saying if he had, he would not be putting emotion in defending illegality.
He also told Mohammed that Benue indigenes living in Bauchi were peace-loving and did not carry arms like the Fulanis in other places, adding that his government had not driven away law-abiding Fulanis in his domain.
Top Stories