Notorious bandits have threatened the federal government and some people they abducted in Niger state. 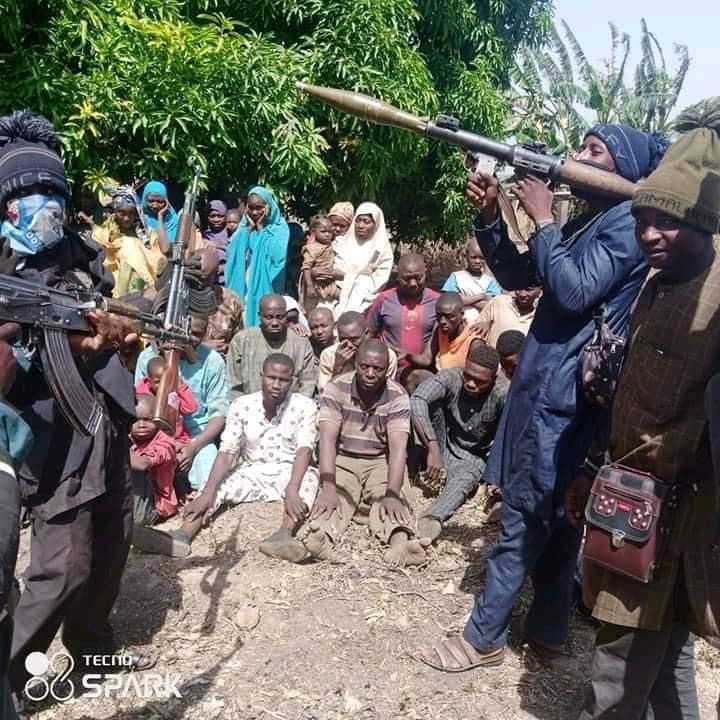 The victims abducted by bandits
Bandits terrorising Niger state have released photos and video of 21 persons they abducted recently.
The video shared by Ahmad Salkida on Twitter showed the terrorists, carrying RPGs, threatening the captives and the government.
It is reported that the victims may be the same people abducted few days ago, after a bus belonging to the Niger State Transport Authority (NSTA) was ambushed on Minna-Zungeru Road.
Twenty one passengers were abducted. A government statement said later that ten of the passengers had been freed without a ransom paid.
In the latest attack early today on Kagara college, at least one student was feared killed, and several other students abducted.
Some teachers and their family members residing within the college staff quarters were also said to have been abducted by the gunmen, according to a report by Channels TV. 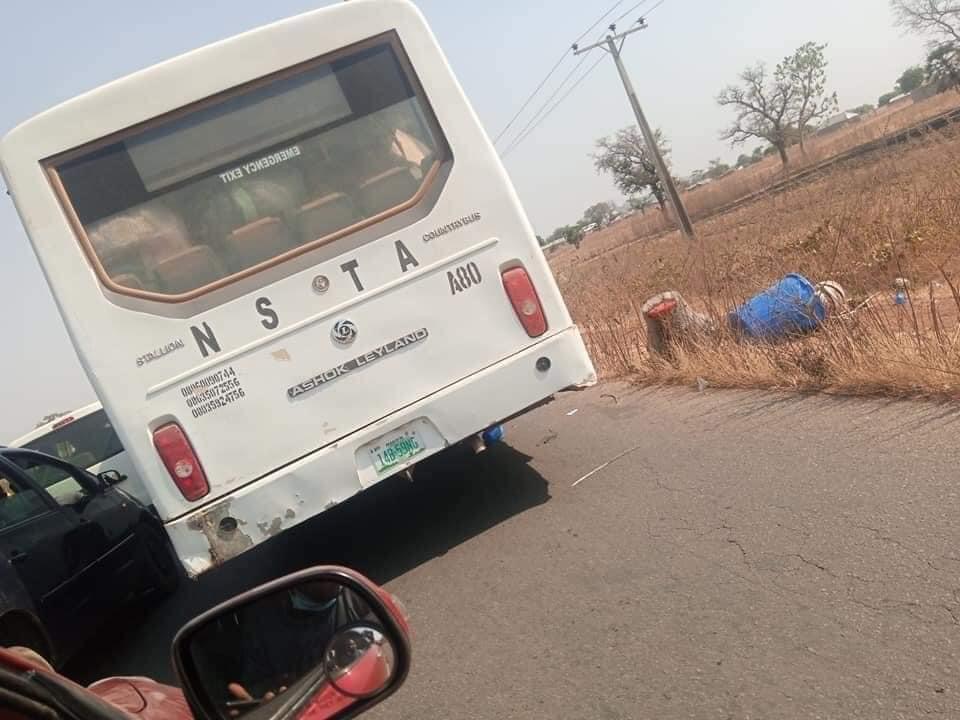