Reacting to the video, the lady defended the clergyman, stating that he was just trying to show how God has been faithful to him. 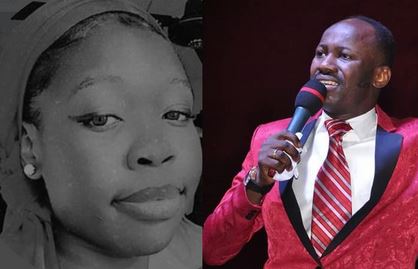 There are mixed reactions as a Nigerian lady took to Twitter to defend Apostle Johnson Suleman after he stated that he did not want the ravaging COVID-19 pandemic to end as he acquired his third private jet.

In a video, that has since gone viral, the General overseer of Omega Fire Ministries International, told his congregation that: "In COVID, I bought my third jet."

He also went on to say that he was praying for the pandemic not to end because he was able to get a lot of rest, and wasn't feeling the economic meltdown.

While many are dragging the clergyman on Twitter over his "insensitive comments," a lady has rushed to his defense.

Reacting to the video, the lady, [email protected]_, explained that Apostle Suleman was just trying to show how God has been faithful to him.

She also stated that Apostle Suleman praying for COVID not to end "is a figure of speech."

The lady wrote: "Just stop looking at the surface meaning he is just trying to show how God has been faithful to him When he says he prayed it doesn't mean he actually prayed for covid not to end it's a figure of speech Sometimes we will enjoy something and be like I prayed it will not end." 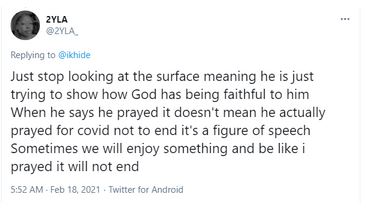 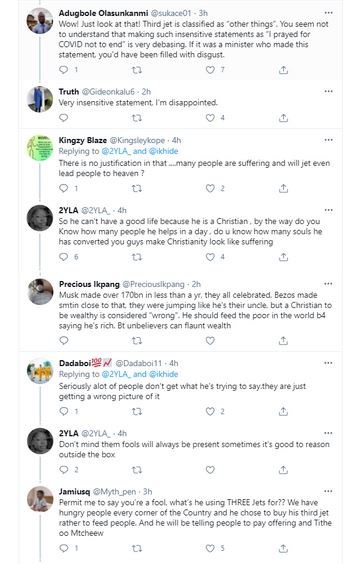 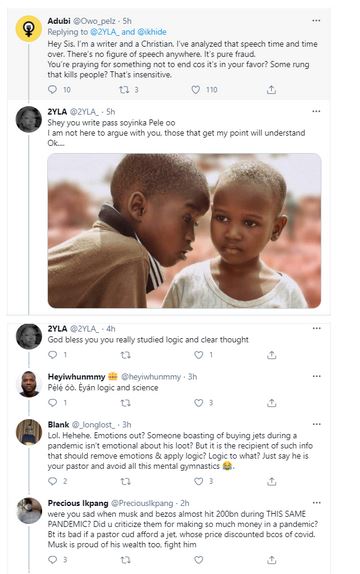 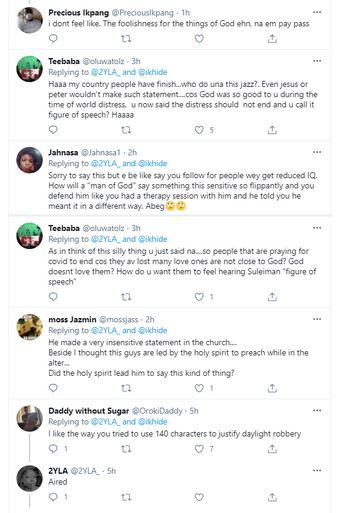