The youths marched through the major roads in Makurdi, before heading for the Government House to protest. 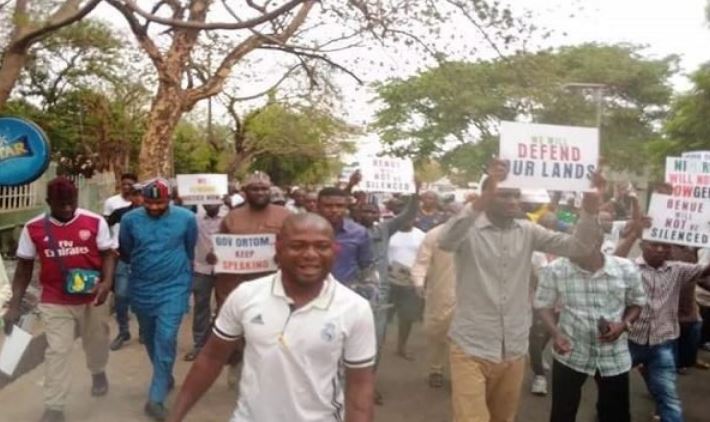 Not less than 100 youths in Benue took to the streets to protest on Monday, March 22, over the assassination attempt of Governor Samuel Ortom by suspected herdsmen.

They marched through major roads in Makurdi, the state capital before heading for the Government House.

Ortom on Saturday morning narrowly escaped death after armed herders reportedly opened fire on his convoy at Tyo-Mu community in the outskirts of Makurdi town, along Makurdi-Gboko road.