Actress Tayo Sobola Reveals Why She Had A Secret Marriage


The actress revealed that she secretly got married to her boyfriend of seven years because she doesn't want her business in public. 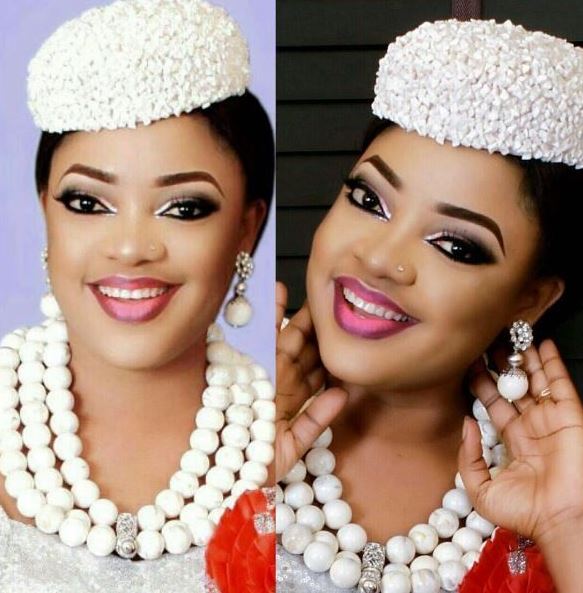 Nigerian actress, Tayo Sobola, has disclosed why she had a secret wedding with her partner.

The actress shocked her fans a few months ago when she posted pictures of her wearing a wedding dress on her verified Instagram account.

While some congratulated her and wished her marital bliss, some others believed that the pictures were for a movie project she was working on.

However, in a chat with The Punch, the actress confirmed that she was truly married and that she had known her husband for over seven years.

“I read some blog’s posts and laugh; they should feel free to tag anybody. I love keeping my personal life private; that is why I decided to marry secretly. I did not get married this year; I only just posted the pictures some months ago.”

The screen goddess, who is also a fashion entrepreneur, admitted that she had not featured in a lot of movies recently because she was focusing on her clothing line ― Clean Stitches ― which recently opened a branch in Abuja.

She said, “There is time for everything and I want to believe that whatever you want to do, you create the time for it. For me, some people send me messages saying that they have not been seeing me in movies like they used to; sometimes you leave work to pursue money. There are times that I choose a time to do movies and whoever calls me at that time, if I am free, I will shoot about two or three movies.

“There are other times that I can not do movies. Trust me, this clothing business takes time, except you just don’t have that vision. I recently opened a branch in Abuja where I have a house because I have a lot of customers there. Right now, I am more into my business ― making and selling clothes.

“I have the face already. If I leave the movie industry for a while to do my business, I will return and no one will notice that I was gone. I have plenty of films that are not out yet. So, when I am busy doing some other things, those ones will come out. That is how I try to balance them. It is when I have time that I shoot movies,” Sotayo stated.