A Nigerian evangelist has accused Nollywood actresses of engaging in prostitution to survive. 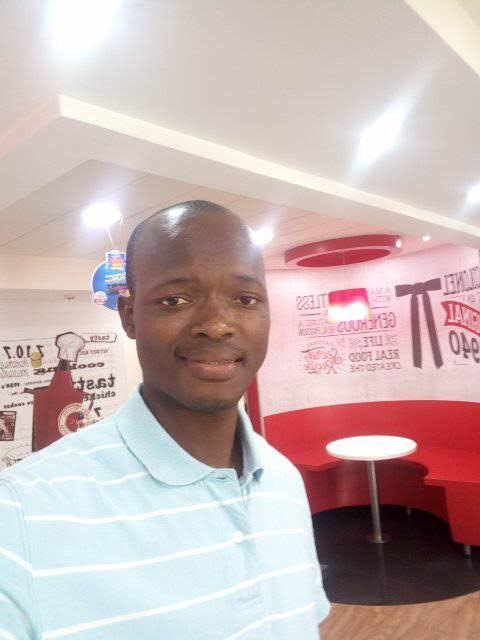 Victor Edet
A Nigerian evangelist has attacked Nollywood actresses after accusing them of engaging in prostitution to survive.
Evangelist Victor Edet said that as a young girl becoming a Nollywood actress has automatically turned you into a Prostitute.
According to him, out of 50 actresses in Nigeria, only 2 are genuinely into the business of acting and eating from their sweat while others are into prostitution.
His post reads:
“AS a young lady who lives in Nigeria, I will advise you not to dream of becoming an Actress or Musician except you want to end up being a Prostitute. Forget about the Flashy Cars and Houses they show you Online. Out of 50 Actresses in Nigeria, only 2 are geniuely eating from their sweat, others are into Prostitution.
If you don’t believe me now, you will believe later.” 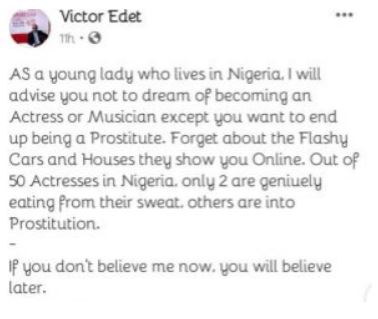