A medical doctor was among those killed after bandits invaded a church in Kaduna state. 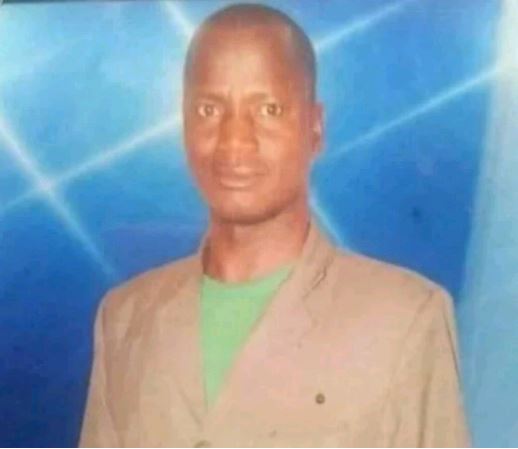 Dr. Dogonyaro
Bandits have ended the life of a medical doctor, Dr. Zakariya Dogonyaro in Kaduna state.
The death of the medical doctor with the Kaduna State Ministry of Health happened after armed bandits attacked Haske Baptist Church at Manini Tasha village, Kuriga Ward of Chikun local government area of the state.
The heavily armed gunmen stormed the church on motorcycles around 9 am on Sunday morning, April 25 and shot sporadically at the worshipers.
The State Commissioner for Internal Security and Home affairs, Samuel Aruwan, who confirmed the incident said four other worshippers were abducted in the attack.
Also confirming the incident, spokesperson of the Kaduna State Police Command, Mohammed Jalige said one Shehu Haruna was injured in the attack.
"Preliminary investigation conducted so far revealed that, four persons are missing which arouse a suspicion that they might have been kidnapped by the hoodlums."
"Two others sustained gunshot wounds, namely; Dr. Zakariya Doga Yaro, a staff of Kaduna State Ministry of Health attached to the Primary Healthcare Center in Rimi village, Udawa, Chikun LGA and Shehu Haruna. Unfortunately, Dr. Zakariya Yaro died on the spot while Shehu Haruna is currently receiving medical treatment,"
"Consequently, normalcy has since been restored; security has been beefed up in the area with a view to forestalling reoccurrence of the dastardly attack while concerted effort is ongoing to locate the missing persons,
"The Command is deeply saddened by this unprovoked attack on innocent citizens carrying out their legitimate daily routine and commiserate with the affected families,” Jalige said.
Meanwhile a man who says the deceased was his uncle, took to Facebook to mourn his death.
See Elias' post below: 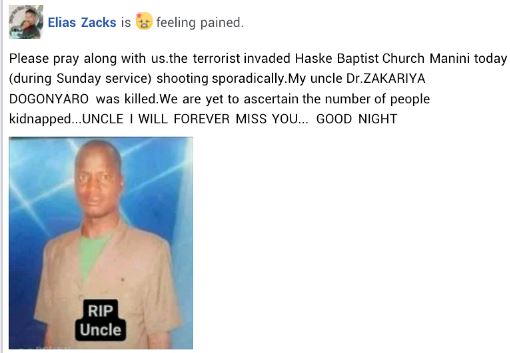