Garba, being the most senior officer in the court, has been in acting capacity as FCT CJ following the retirement of Ishaq Bello in January. 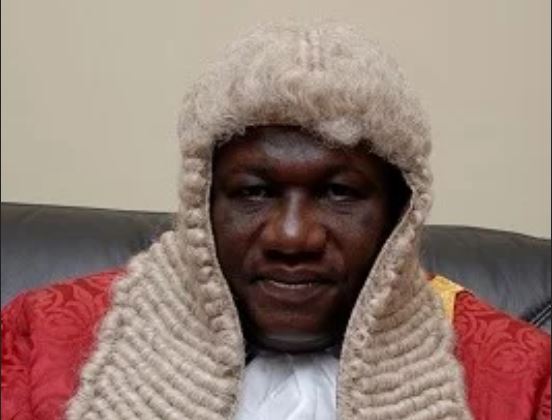 Salisu Garba has been confirmed by the senate as the substantive chief judge of the federal capital territory (FCT) high court.

The upper legislative chamber confirmed Garba’s nomination on Wednesday after Opeyemi Bamidele, chairman of the judiciary committee, presented a report on the nominee.

President Muhammadu Buhari had asked the senate to confirm him earlier in April.

Garba, being the most senior officer in the court, has been in acting capacity as FCT CJ following the retirement of Ishaq Bello in January.

While presenting his report, Bamidele said the nominee met the requirements required of him and should be confirmed as FCT chief judge.

“This appointment became necessary after the retirement of Ishaq Bello. In compliance with constitutional requirements, the erstwhile chief judge retired in January,” he said.

“This appointment was made in compliance with section 256 (1) of the constitution. That the appointment of the nominee satisfies the 1999 constitution as altered and the senate standing rules as amended.

“That there is no petition against the nominee.”

Garba was subsequently confirmed after Senate President Ahmad Lawan put the nomination to a voice vote.

The FCT chief judge hails from Malumfashi LGA of Katsina state. He was called to the bar in 1984, and he completed his National Youth Service Corps (NYSC) scheme in 1985.

He was appointed as a magistrate of the FCT high court in 1989.

In 1997, he became the chief registrar of the FCT high court, and, a year later, was appointed a judge of the court .