It was gathered that Sarah boarded a bus from the Mowe area of Ogun State last Thursday to the Ogba area of Lagos. 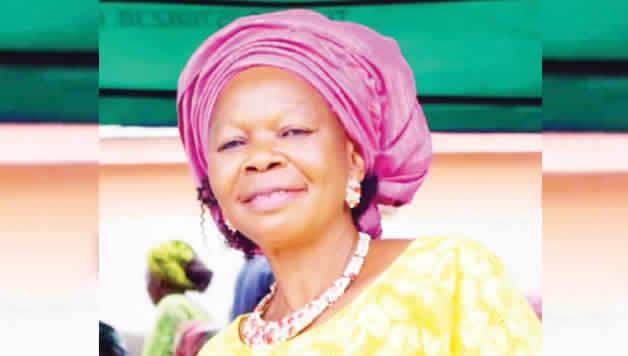 The PUNCH reports that the family of a businesswoman, Sarah Dosekun, is currently in distress.

They are in distress following her sudden disappearance while on her way to attend a vigil at the Celestial Church of Christ, Calvary Parish 1 in the Ogba area of Lagos State.

It was gathered that Sarah boarded a bus from the Mowe area of Ogun State last Thursday to the Ogba area of Lagos.

Sarah’s daughter, Janet, said the family members lost communication with her mother when she got to Asese bus stop on the Lagos-Ibadan Expressway, adding that the 67-year-old had remained incommunicado since then.

Janet said, “She (Sarah) left home around 7.15pm for a church vigil. But while on her way, she called around 7.54pm to inform us that she had got to Asese bus stop. Since then, her number hasn’t connected.

“My aunt also tried to call her that night, because she was expecting her in church, but her number had already been switched off.”

Janet added that efforts to locate her mother’s whereabouts had proved abortive, adding that a case of missing person had been reported at the Mowe Division of the Ogun State Police Command.

She stated, “We went to the Mowe Police Station on Friday morning to report and we were asked to come back after 24 hours. We also went to the Warewa Police Station to verify if she was a victim of the accident that happened on the Long Bridge on Thursday night.

“After analysing the whole incident and the timing of the accident, we concluded that she wasn’t involved in the accident. No one has contacted us ever since she got missing. We want the security agencies to help us locate her whereabouts. I feel terrible and worried, because we don’t know what has happened to her.”

When contacted, the Police Public Relations Officer in Ogun State, Abimbola Oyeyemi, said the case had been reported and the command was investigating it.

“The DPO said the IPO had made a signal, which has been sent to the state command. We will send it to various media houses and the investigation will continue from there. We have to see the woman to ascertain certain things. She might have left the shores of Ogun State before she went missing,” Oyeyemi stated.