Tyson Fury will not be fighting Anthony Joshua as he has now reached an agreement to fight Wilder. 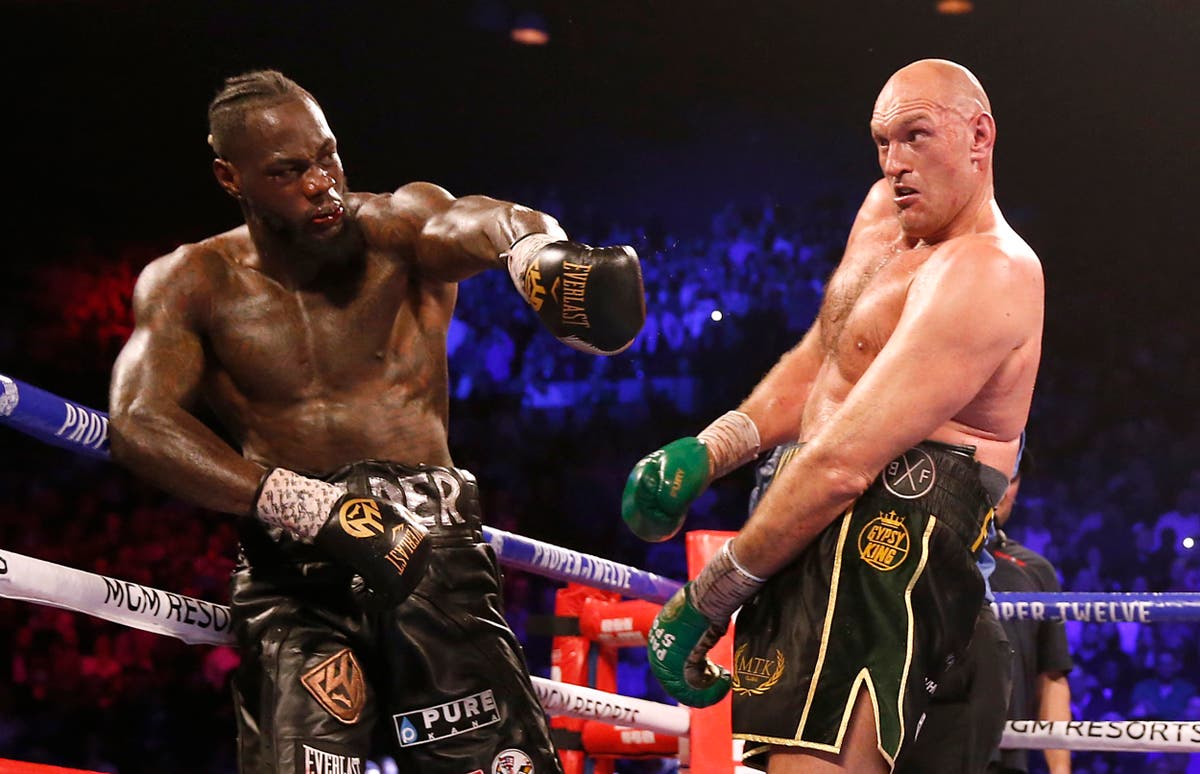 Wilder and Fury
An agreement has been reached for Tyson Fury to fight Deontay Wilder for the third time.
According to ESPN, the duo reached a verbal agreement on Thursday days after an arbitration ruling halted fight talks between Fury and British champ Anthony Joshua.
After the independent arbitrator ruled Monday that WBC heavyweight champ Fury (30-0-1, 21 KOs) must face Wilder, plans for a unification fight between Fury and Joshua were put on hold, said ESPN citing multiple sources.
The Wilder and Fury fight could be held as early as July 24 in Las Vegas, the American sports broadcaster said, adding that August 14 has been set aside as a backup date.
Boxing promoter Bob Arum told ESPN he expects the contracts could be signed in the coming days. Fury would get 60 percent of the purse with Wilder receiving the lower sum.
The heavyweights fought to a draw in 2018 and Fury earned a TKO victory to win the WBC heavyweight title in 2020.
The arbitrator ruled that Fury was contractually obligated to give Wilder a rematch, with retired judge Daniel Weinstein upholding a claim lodged by Wilder that Fury must face him in a third fight by September 15.
While the arbitrator’s ruling is not a formal court order, it will be deemed enforceable by courts if Wilder and Fury are unable to reach agreement.
Monday’s ruling came just a day after Fury announced he had agreed to fight Joshua on August 14 in Saudi Arabia, where the WBC, WBA, IBF and WBO heavyweight belts will be up for grabs.
Wilder’s camp had also argued their fighter had a contractual right to a third match.
But after delays caused by the coronavirus pandemic led to last July’s contest being postponed, Wilder’s team sought to move the bout to 2021.
Fury refused the 2021 date and said he would move on, prompting the mediation.
Neither Fury nor Wilder have fought since clashing in  February 2020, when Fury outclassed the previously unbeaten American to win via a seventh-round technical knockout.
The two fighters had previously battled to an epic draw in 2018 at Staples Center Arena in Los Angeles after Fury survived a 12th round knockdown.
Top Stories