The pop star revealed she was raped at 19 by a music producer who dropped her off pregnant on a corner following months of abuse. 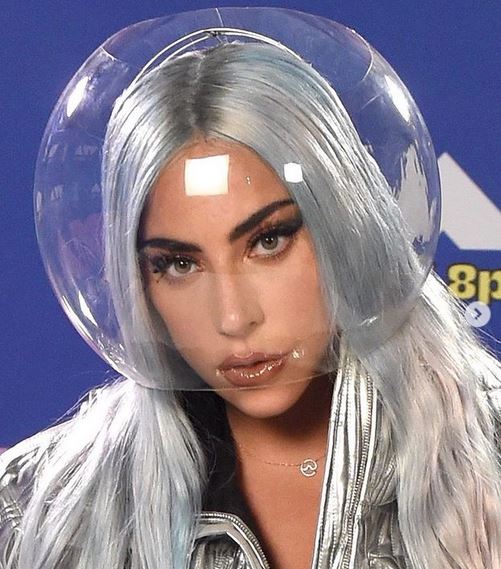 American singer, songwriter, and actress, Lady Gaga has opened up about how she felt after she was sexually abused and locked in a studio for months on the premiere episode of Oprah Winfrey and Prince Harry’s mental health docuseries "The Me You Can’t See on Apple TV+."

The pop star and Oscar winner revealed she was raped at 19 by a music producer who “dropped [her] off pregnant on a corner” following months of abuse.

Lady Gaga spoke through tears as she recalled her trauma during the appearance. She recounted how the producer threatened to burn her music if she didn't take her clothes off.

"They didn't stop asking me, and then I just froze, and I just – I don't even remember.

"I do not ever want to face that person again."

Gaga further said that her buried pain manifested in a physical way that caused numbing in her body. She added;

"And then I was sick for weeks and weeks after.

"And I realized that it was the same pain that I felt when the person who raped me dropped me off pregnant on a corner, at my parent’s house, 'cause I was vomiting and sick, 'cause I had been being abused. I was locked away in a studio for months.”

It wasn’t until years later, when Gaga began experiencing chronic pain for which her doctor advised her to see a psychiatrist. She then discovered she was suffering from PSTD, a diagnosis which the singer first went public with in 2016 and previously discussed with Oprah during Winfrey’s 2020 Vision: Your Life in Focus tour.

“First I felt full-on pain, then I went numb. I realized it was the same pain I felt when the person who raped me dropped me off pregnant on the corner, at my parents’ house, because I was vomiting and sick. Because I was being abused. I was locked away in a studio for months.

“I had a total psychotic break, and for a couple years, I was not the same girl.

“Even if I have six brilliant months, all it takes is getting triggered once to feel bad.

“And when I say I feel bad, I mean I want to cut. Think about dying. Wondering if I’m ever going to do it. I learned all the ways to pull myself out of it.

“Everybody thinks it’s gotta be a straight line, that it’s like every other virus, that you get sick and then you get cured. It’s not like that. It’s just not like that. And actually, I think that traps people.

“I don’t tell this story for my own self-service, because, to be honest, it’s hard to tell.

"I feel a lot of shame about it. How do I explain to people that I have privilege, I’ve got money, I’ve got power, and I’m miserable? How do you do that? I’m not here to tell my story to you because I want anybody to cry for me. I’m good. But open your heart up for somebody else. Because I’m telling you, I’ve been through it and people need help. So, that’s part of my healing, being able to talk to you.”

Gaga first revealed her sexual assault in a 2014 radio interview with Howard Stern. She however, didn't name her abuser.