In the post shared on his Facebook page, Ayade said he had fruitful discussions with the PDP governors and expressed confidence that PDP will emerge stronger after the crisis bedevilling the party. 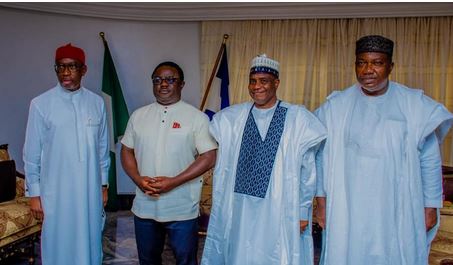 Gov Ayade and other PDP governors

Governor, Ben Ayade of Cross Rivers defected from the Peoples Democratic Party (PDP) to the ruling All Progressives Congress (APC) on Thursday May 20.

Ayade said he joined the ruling party because of President Buhari's nationalistic disposition and commitment to the country.

However, three weeks before his defection, precisely on May 5, 2021, Ayade met with PDP Governors and reiterated his confidence in the party.

In the post shared on his official Facebook page, Ayade said he had fruitful discussions with Governors Tambuwal, Okowa, Ugwuanyi, and expressed confidence that PDP will emerge stronger after the crisis bedeviling the party.

"Today I received my brother Governors - Rt. Hon. Aminu Tambuwal (Sokoto) Rt. Hon. Ifeanyi Ugwuanyi (Enugu) and Senator (Dr) Ifeanyi Okowa (Delta) in Calabar. We had fruitful discussions on issues of common interest, including steps to resolve the crisis bedeviling our party, the Peoples Democratic Party, PDP in Cross River state. I am confident that the PDP will emerge from the crisis stronger and more cohesive in the state for the umbrella is large enough to accommodate everyone as one family" the post reads. 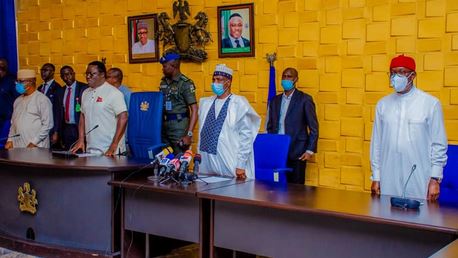 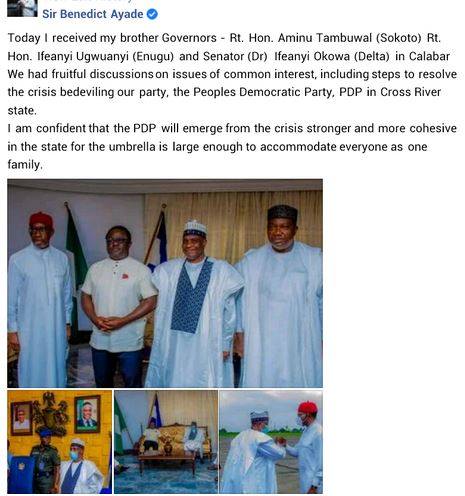