According to the sister of the alleged deceased man, their sister-in-law has refused to provide evidence of their brother’s death after she informed the family of his demise in 2018. 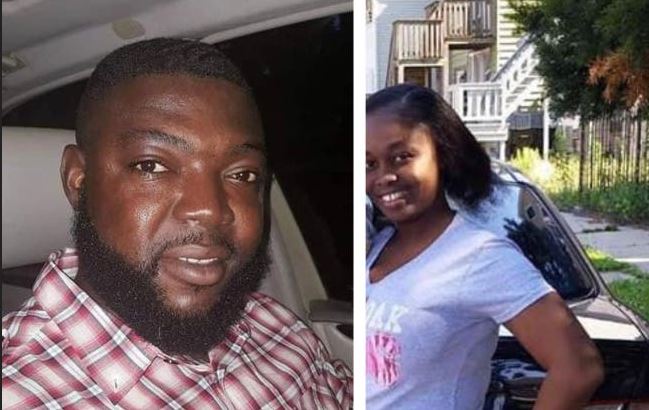 The family members of a man identified as Mr Omorinbola Olatunji have taken to Facebook to call out his wife after she failed to send proof of his alleged death.

According to the sister of the alleged deceased man identified as Omorinbola Mojisola on Facebook, their sister-in-law has refused to provide evidence of their brother’s death after she informed the family of his demise in 2018.

She also revealed that her sister-in-law cut all forms of communication with her family since they started asking for photo evidence of the man’s death.

Sharing her brother’s story on Facebook, the sister of the deceased, begs Nigerians to help her family find out what happened to their son.

Read The Story Below;

Pls, everyone in the world that can help,we need your help, because my family is so helpless. My brother who is in this picture Omorinbola Olatunji and the wife Tosin Lawal travelled to US( Illinois) in year Nov 2016, and everything was going on smoothly between them, she even gave birth to a child on getting there, but after a year and 2 months the story changed. Our brother wife called us one early morning on Sunday 20th of January 2018 and informed us that our brother is dead, we were all shocked and in deep sorrow but we consoled her and encouraged her to be strong and told her to just send pictures of him been buried so that we can see him for the last time before his laid to rest. She told us that CAC church South exchange Chicago 2 were the one that did the funeral.

Surprising our wife refused to send to us any evidence regarding my brother death, she said that the pictures were to large for her to send to us, later she said her phone crashed and she lost all pictures of his burial and the incident scene, she couldn’t not even explain what killed him, she said 2 different stories , she also stopped communicating with all of us including my aged parents,she did not even consider that my daddy who was the one that sponsored them both to US just had accident then,after a while I tried all means to contact her I asked her why was she not sending those pictures that we requested earlier, she became very angry and unfollow me on Facebook ,she also denied us access to the child.

Also her mummy who reside at (no 48 Ayantuga street Mushin Lagos) threatened my parents that they are not supposed to ask for any evidence regarding my brother death and they should warn their children not to post anything relating to incident online. Even after inviting my parents all the way from Akoko to Lagos, she could not give them and evidence to prove my brother death, she said we should just take it like that.

Up till now we have not heard anything regarding my brother pls help us to share this till it can get to someone that can help us.”