The unofficial tallest woman in Brazil has revealed insightful details about her life. 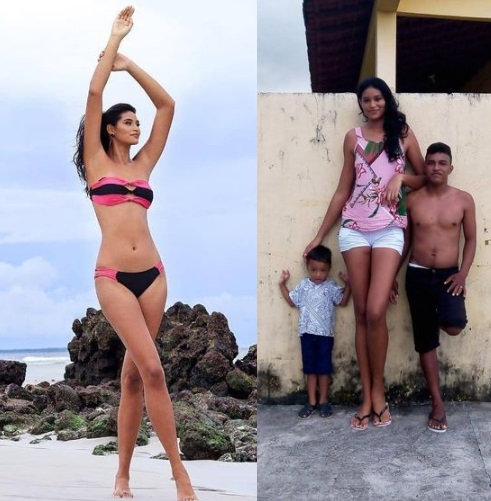 Elisane and her family
A 26-year-old model has shared her experience what it is like to be the tallest woman in Brazil.
Elisane Silva, 26,  started to notice she was much taller than her classmates and even her family at the age of 10. At that time, she was already 5ft 9in despite being a child. Now, she stands at 6ft 8in.
Her mum Ana Maria Ramos is just 5ft 4in and her dad Luiz Jorge is 5ft 7in so they didn't think it was down to genes.
Elisane's height was due to a benign tumour on her pituitary gland which caused giantism and an overproduction of the growth hormone. Elisane, from Brazil, had no idea about the tumour until 2010 when she had tests on live TV as her family couldn't pay for it.
Now she's known unofficially as "Brazil's tallest woman".
In 2015, the model married Francinaldo Da Silva Carvalho, 31, and he stands at just 5ft 4in.  They met in 2011 and the couple quickly fell in love, despite the height difference.
Elisane said growing up wasn't easy for her as she was often bullied with people calling her names like "giraffe" and "lamppost".
She said: "I remember locking myself up at home as I felt so sick with the comments and words people were constantly saying.
"I decided to give up and it was the hardest decision I have ever had to make, as I wanted to continue studying.
"At the time, I was 17, so my parents didn't have much to say on the matter and I was really lost about where to go next in life."
About her relationship with her husband, Elisane said: "I felt an instant connection the moment I met him, that I didn't even notice his height.
"Francinaldo stands at just 5ft 4in, which is nearly 2ft shorter than me – but I didn't care.
"Although he was curious about my height and condition, he didn't make any evil comments, nor did he judge me.
"I fell for him right there and then, as he was the first person to treat me like a human being and not some freak of nature."
Elisane added: "We used to get comments in the street, I'm no longer the centre of attention now we have our beautiful son.
"Angelo is already 3ft 3in at three, but I don't believe he will grow to be as tall as me because I don't think my condition is hereditary.
"I think he will grow up to be average height – but even if not, he should embrace the unique asset he has been given."
Now Elisane is working towards becoming a professional model, a dream she's had since she was a teenager. But despite no agencies picking up on her portfolio, the aspiring model says photo sessions have helped with her confidence. 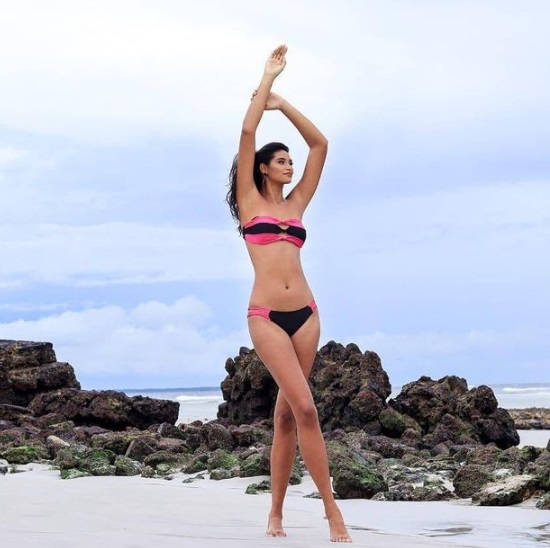 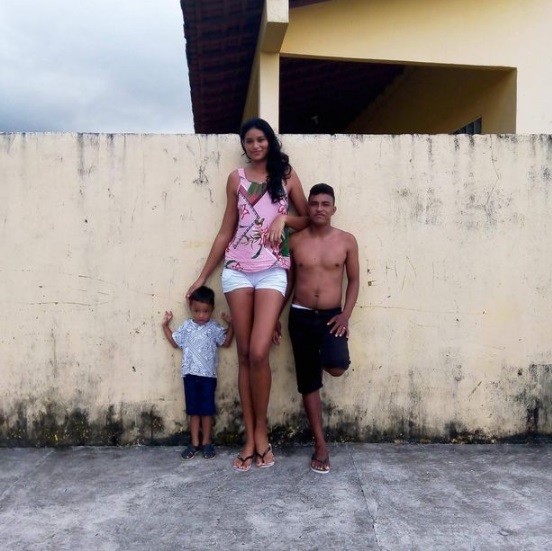